Working Conditions of Horses on the Island of Büyükada, Istanbul

Last month I visited Büyükada, the largest island of the Princes’ Islands, an archipelago off the coast of Istanbul. The first thing I noticed when leaving the ferry (possibly due to being British), was a long, winding queue. Hundreds of tourists were lining up to hire phaetons: horse-drawn carriages that are a popular mode of transport for locals and tourists alike, as vehicles are generally not permitted on the island.

Locals use phateons for personal transportation and this ‘traditional’ way of life has been re-created for tourists’ nostalgia of an imaginary time and place. Phateons for tourists look much the same as those used by the local people- it is the horses pulling them that are sickeningly different.

The nostalgia felt by tourists for a traditional way of life has eclipsed the basic needs of horses on the island. It is ironic that phaeton rides evoke a feeling of sophistication while working horses are so under-nourished that shoulder blades, ribs and vertebrae are clearly visible. They have limited access to water even when working in the mid-day sun when temperatures reach over 30oC, which causes many horses to collapse; and receive relatively little husbandry or veterinary attention. Faecal soiling (potentially indicating diarrhoea), lameness, gait and sole abnormalities, caused by improper shoeing and skin wounds caused by constant rubbing of harnesses are evident. They are apathetic and exhausted. 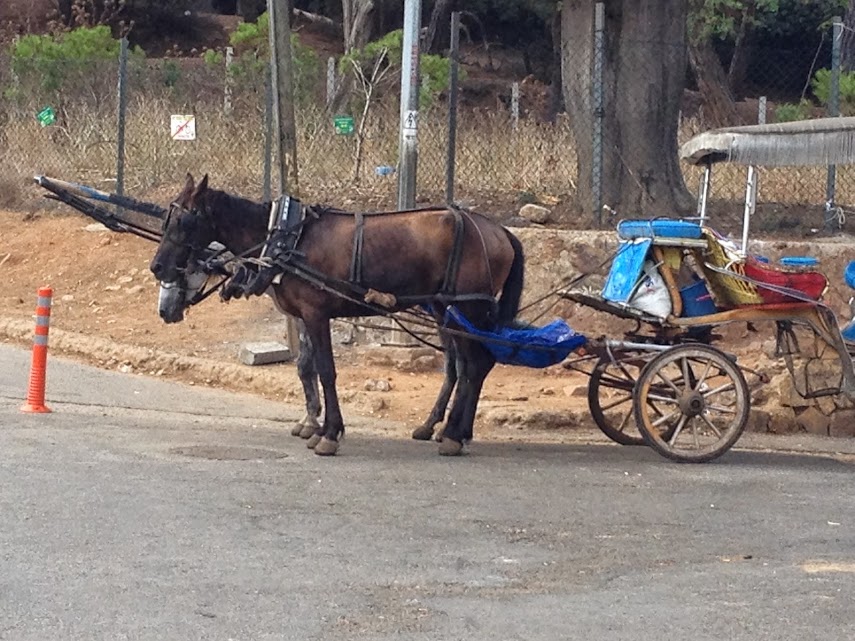 Whilst cycling around the island, I came across the barns where the horses of the island are kept. Living conditions were cramped and smelly and the area was surrounded by litter. Horses living in these conditions are likely to suffer from respiratory diseases, high parasite burdens, dental problems and gastrointestinal illness. 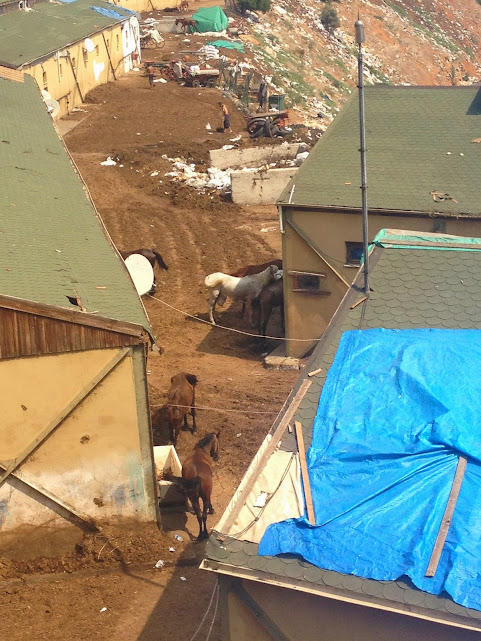 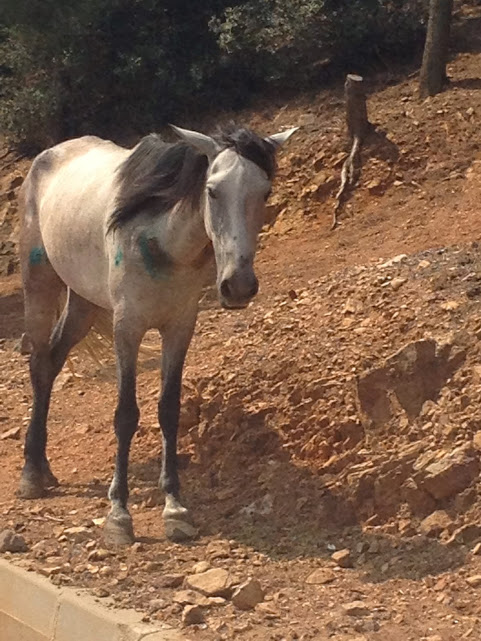 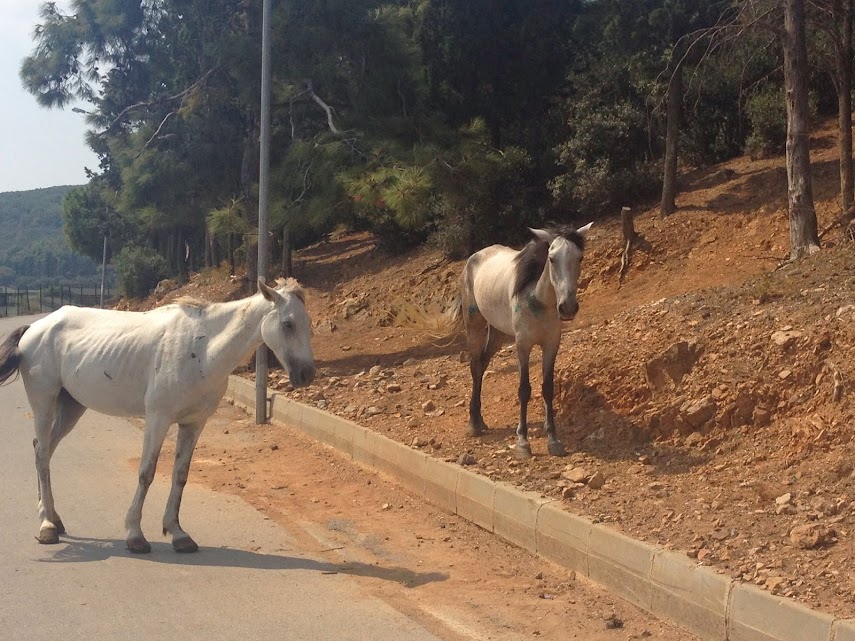 On Trip Advisor, one reviewer states “Never to go to Prince’s islands”. Another comments, “I have always thought you can tell from a country on how it treats its animals”. It is a shame that there seem to be two extreme reactions to animal cruelty on the island: those with little concern for the horses’ welfare-enjoying a ride in a phaeton whist laughing, joking and playing music and those who boycott the island. The former encourages poor treatment of the horses and the latter ignores the issue altogether whilst discouraging tourism-a valuable source of income for those living on the island.

There is no simple solution to this problem and solely blaming owners of the horses is counter- productive; the issue is complex with many different stakeholders contributing to the fate of the horses. The issue is perpetuated through a lack of awareness of horse conditions on the island and how hiring a phaeton can contribute to poor animal welfare.

Effort must be made to highlight the issue and improve tourist attitudes towards equine welfare through educational and media campaigns focusing on animal welfare, social, economic and environmental impacts of tourism, coupled with monitoring and training of carriage owners. Experiential education is widely recognised as an effective means for change – especially in youth. Projects that involve tourists, for example visits to stables where children can feed and groom horses would create a personal sense of participation and attachment to the welfare of the horses in the long term. Training key local people who can serve as ambassadors and provide ongoing education in animal welfare best practices will help to ensure the effectiveness of these training programs and promote longer lasting change.

Phaetons fall under the responsibility of the İstanbul Metropolitan Municipality’s (İBB) transportation coordination centre, UKOME. By developing an official certification program and providing economic incentives/subsidies for phaeton owners, the İBB could ensure best practices in animal welfare are followed. This encourages a more participatory decision-making process whereby phaeton owners are more likely to play a pro-active role in managing the businesses in which their livelihoods depend.

These efforts could improve animal welfare on Büyükada and better the reputation of the island, while preventing tourists from boycotting the area. However, it does not seem that the (İBB) are doing much to combat the problem. Raising awareness of the issue and writing to relevant organisations could be a worthwhile short-term effort. You can contact the Veterinary Services Department of Istanbul Metropolitan Municipality through their website and Mayor Topbaş through the Municipality of Adalar Contact Page.

MA in Social Anthropology graduate, PhD candidate researching vaccination uptake among minority groups in the UK. Curious to learn about and from different cultures and eager to share my experiences and thoughts through writing.