Who is Mehmed the Conqueror?

Mehmed II or Sultan Mehmed the Conquerer (1432-1481) was the seventh sultan of Ottoman Empire. He conquered Istanbul at the age of 21 and brought an end to Byzantine Empire. Then he worked for reunification of Anatolia and expanding in European side. He is now one of the most respected sultans and the subject of a famous saying of Turkish mothers: “Fatih conquered Istanbul at age 21, and what do you do?”

Mehmed II built his first monument in Istanbul before he even took the city – the fortress at Rumeli Hisari was the launching point for his attack. Fatih Mosque in Fatih was built on his order in 1470. It was the first imperial mosque built in the city after the Ottoman conquest and now houses his grave. He also built Topkapı Palace, which became home to all sultans, as well as Tiled Kiosk, next to Gülhane Park, as his pleasure palace. Finally, the Fatih Sultan Mehmet bridge (the second over the Bosphorus) was named after him. 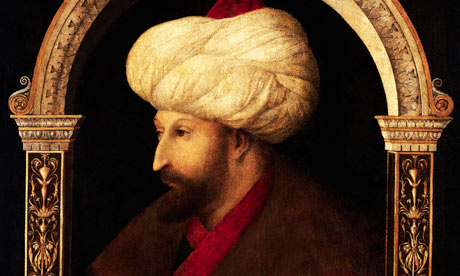