What are the best restaurants that have the view of Bosphorus?

Water is a major part of the life in this city. It is one of the elements that define Istanbul. Thus, view of the Bosphorus adds significant value to a restaurant. “Dining by the Bosphorus” had long been considered at the top of all dining experiences possible in Istanbul by Istanbulites. It has not changed much yet the raising wealth, increased western influence; overall the changing face of the city and the minds of its inhabitants allowed the addition of a diverse selection of other ways of dining elegantly.

Foremost of these changes is how your distance to the water no longer matters as long as your view is wide and beautiful. Rooftop restaurants blending awe-inspiring views and gourmet food is a trend started in Beyoglu ward but quickly spread around the city. More recently some of the scenic parks of Istanbul has started to host top diners. As Istanbul of 2010s offers such a wide selection of high-end restaurants with stunning views, it’s not been easy to pick up the best of the best, but hopefully you will think it worthed the effort when you take your first bite gazing at the water at one of these locations below.

Leb-i derya is where Istanbul’s rooftop restaurants trend started. Their new location at the top of Richmond Hotel does not just offer a remarkable view of the water and the city lights but also a well thought over menu. They also have a fairly large bar to get a drink overlooking the Bosphorus.

But if you are around Beyoglu and you are looking for somewhere you can catch a more panoramic view of the city, you may need to level up. Not too far from Richmond Hotel, The Marmara Pera Hotel hosts Mikla by celebrity chef Mehmet Gurs. He is considered to be the most recognizable chef in Turkey. His cooking style blends Scandinavian (his second home) cuisine with local tastes. 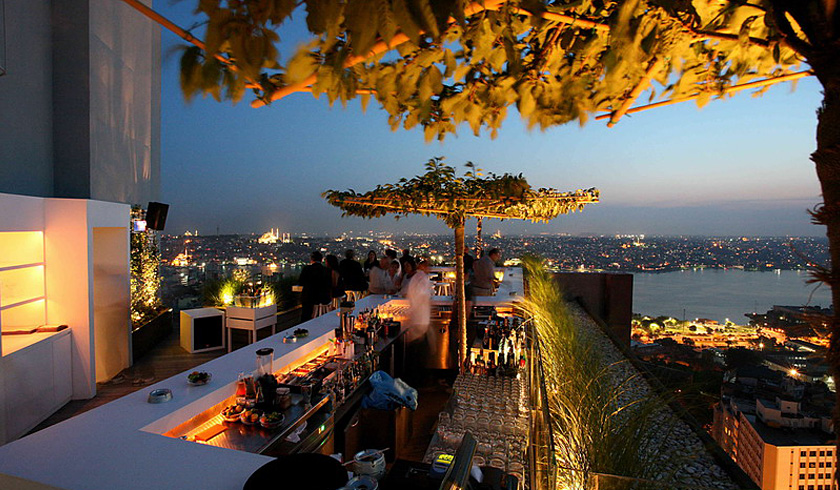 Going further up North on the European side, Ulus Park is without any doubt, one of the best spots to view the Bosphorus and now it is also the location of some of the city’s finest restaurants. Ulus 29 delivers its promise of refining modern Turkish cuisine, from kebaps to mezes, it is high-end dining Turkish style. Next door Sunset Grill and Bar keeps it competitive with an eclectic approach, giving space to Japanese influenced dishes alongside Turkish kebaps, in its menu. 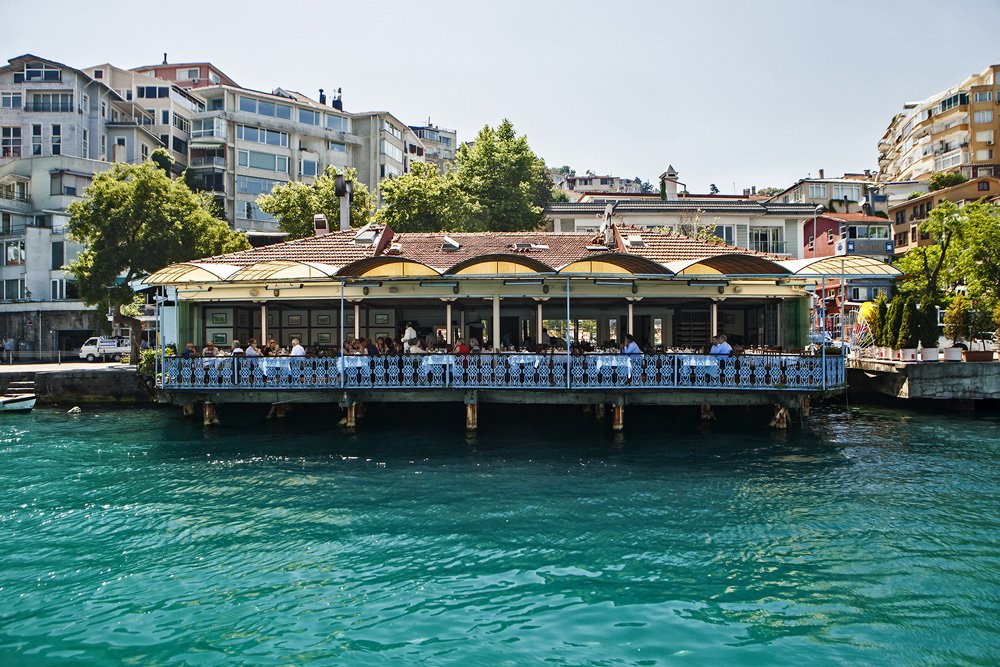 For the ones who want to get closer to the water, Zuma, a Japanese restaurant in Ortakoy neighbourhood has what it takes to be a top category diner with its finely tuned contemporary Japanese dishes, sublime interiors and its terrace allowing you to ‘dine at the edge of the water’.  What you will have before your eyes will be as delightful as what you have in your plate; the light up Bosphorus Bridge and the Ortakoy Mosque, two of the most recognized architectures in Istanbul.

But if you want to have it all Turkish style, Rumeli Hisari Iskele Restaurant in Rumeli Hisari is highly recommended. Their Turkish - Greek seafood dishes and appetizers has long been winning the hearts of Istanbulites. Two of the other classy yet more budget friendly options for following the tradition of having seafood by the Bosphorus, are Lacivert in Kanlica and Ismet Baba in Kuzguncuk. Both are on the Asian side and both often listed among the top Bosphorus restaurants, by the national newspapers.

Do you think this article is useful? Comment and share your opinion with others!
Restaurants Food Dinner Bosphorus

made in Istanbul, served in Cleveland, lived in Japan, tries in Eskisehir. blooming cinephile. speaks turkish and english. studies japanese.