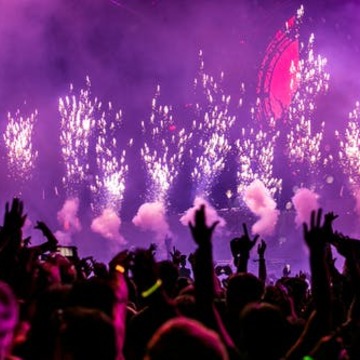 The Top 10 Party Cities in the Middle East

When you hear words like “parties” and “nightlife,” the Middle East probably isn’t the first part of the world that pops into your mind. But – as with many other areas of the world – the culture of the Middle East is a lot more diverse than it often appears to outsiders. Above all, it’s a region of intense contrasts: desert and sea; wealth and poverty; conservatism and progressivism.

On the one hand, yes, it’s true that Saudi Arabia is one of the most conservative countries in the entire world – and that Syria is one of the most dangerous. But at the same time, other Middle Eastern countries – like Lebanon, Turkey, the United Arab Emirates and even Oman – are attracting more Western tourists every year. Certain cities in these countries are becoming, or are already well-known as – one might say – international Meccas for nightlife.

Here are the top ten party cities not to miss next time you’re in the Middle East:

Lebanon’s largest city has been recognized as a party capital since the mid-1990s – and despite ongoing tensions with neighboring Israel, and near-constant threats and attacks from fringe groups in nearby Syria, Beirut has held onto its reputation as one of the Middle East’s most laid-back, party-friendly cities. While some areas of the city are “dry,” other districts – especially Downtown’s Uruguay Street, and Mar Mikhael – offer bars and nightclubs for every taste. You definitely won’t want to miss B 018, a club inside a bomb shelter, which has hosted epic parties since its opening in 1994 – and whose roof slides open at sunrise to bathe dancers in the morning light. Also make sure to check out SkyBar, an open-air nightclub in Biel, with a balcony that overlooks the sea; and Yukunkun, a newer venue where DJs spin everything from disco to hip-hop to drum-n-bass.

There’s a popular saying among travelers that Dubai is THE Middle Eastern party city… if you can afford it. A rush of oil money brought this city – quite literally – straight out of the desert sand, and local business moguls have invested billions of dollars of that money in hotels and tourist attractions. Today, Dubai is famous as a city of “mosts” – the tallest skyscrapers, the fastest supercars, the biggest hotel rooms, and the most extreme sports – many of which are out-of-reach for all but the ultra-wealthy. Still, travelers on a budget can find plenty of exciting nightlife here, too – even though although alcohol is only available in certain areas, and public drinking is prohibited. For breathtaking views of the city, check out Neos in Downtown. Or head down to the beaches – Atlantis, the nightclub at Nasimi Beach Restaurant, deserves its reputation as one of the world’s greatest; and 360° at the Jumeirah Beach Hotel complex is known for world-class DJs who keep the party going til dawn.

Among Israeli cities, Tel Aviv is second only to Jerusalem in terms of size – but with its population of only about 426,000, it has a bit of a small-town feel. Still, the city keeps attracting tourism and investment at astonishing rates, and it’s well on its way to becoming a true international metropolis. Tourists and locals both call it “the city that never stops,” because its nightlife is infamously wild, and many clubs and bars keep pouring drinks until the sun comes up. Trends in this scene are constantly changing, making it almost impossible to provide truly up-to-date recommendations – but you’ll want to cruise down Lilinblum Street, Levontine Street, and Nahlat Binyamin Street, where you’ll find a huge selection of pubs and clubs. Check out Lansky for classic cocktails, or drop by Mike’s Place to mingle with the Anglo-American expats. Tel Aviv also prides itself on being very gay-friendly – so if that’s your speed, start with Evita nightclub on Yavneh Street, and see where the night takes you.

Poised at the crossroads of the Old World, Istanbul was once the heart of the Ottoman empire – a cosmopolitan city where travelers from Europe, the Middle East and Asia mingled their languages, foods, arts and beliefs. Modern Istanbul has a distinctly Turkish feel – which still carries a strong mix of international flavors; in fact, while some consider it a part of the Middle East, others consider it a fully European city. Some streets in Istanbul will make you swear you’re in Rome or Paris, while other blocks seem to come straight out of Cairo or San Francisco or Rio de Janeiro. Public drinking is generally permitted in Istanbul – though it’s frowned upon in certain areas, and most shops stop selling alcohol at 10:30 pm. The bars and clubs, however, keep partying late into the night. In the Taksim area you’ll find nightlife aplenty – don’t miss Babylon, which hosts DJs from all over the world; or Indigo, the city’s home for modern electro and minimalist beats. For a more laid-back Saturday night, catch a ferry across the Bosphorous to the Kadıköy neighborhood, and stroll down Barlar Sokağı (literally “Bars Street”) to mingle with local hipsters and the artsy crowd.

Everything about Cairo is off-the-charts epic. It’s one of the oldest inhabited cities in the world, dating back thousands of years to ancient Egypt. Its population of 17 million makes it one of the world’s largest and most densely populated megacities. Its sheer physical size makes it impossible to see in a single week, let alone a day – or to summarize in any way that captures even a fraction of what it’s all about. For those willing to brave the pickpockets and the scammers – not to mention the ever-present threat of terrorist bombings – Cairo offers a travel experience that’s absolutely unique in all the world; and its nightlife is no exception. Local attitudes about alcohol tend to be fairly relaxed throughout the city; but you’ll want to focus on Downtown – especially the Zamalek area – for the best bars and clubs. For a genuinely classic evening, check out Café Riche, which has stayed open since 1908. When you’re ready to dance, head over to Vent – or hit up Amici Bar for some live music and craft cocktails.

The UAE’s capital and second most populous city – second only to Dubai – this desert oasis has attracted human settlement and trade for thousands of years; but an oil boom in the 1930s brought an explosion of wealth, creating a city full of lush gardens, glimmering high-rises, luxury hotels, and legendary nightlife. Since public drinking is technically illegal in the Emirates, you’ll only find bars and clubs on hotel property – but that still leaves you with dozens of choices. Start with dinner and drinks at Skylite or Left Bank, or at Hemingway’s in the Hilton hotel – then mingle with some expats at Ray’s Bar or The Captain’s Arms – and don’t miss the Polynesian cocktails at Wakatua Terrace. If you’re in a dancey mood, head over to Rock Bottom or P.J. O’Reilly’s for some DJ sets and live bands.

It’s a little hard to say exactly what’s happening in Doha. On the one hand, alcohol is officially restricted, and bars and clubs are mostly limited to a few tightly-regulated areas near the hotels. On the other hand, Doha is currently attracting a huge amount of tourism investment, and the city contains some of the best-kept secrets in Middle Eastern nightlife. Doha’s got the potential to become the next Dubai, if – and this is a big “if” – the city keeps opening up to international culture. To see what I mean, check out Crystal Club for a real Las Vegas-style nouveau riche clubbing experience – which can be a blast as long as you’re in the right mindset – or head over to Club 7 and see if you can catch a famous DJ spinning a set. When you get tired of dancing, hit the Wahm poolside lounge, and splash around with a cocktail. Like the nightspots on the Vegas Strip, most of these places are within easy walking distance of each other – and of the high-end hotels – which makes Doha a vastly underrated city for an all-night club crawl.

Bahrain’s capital city is caught in a struggle between intense conservatism and wild debauchery. For a tiny city – population only about 150,000 – it’s got a stunningly diverse culture that includes ancient archaeological ruins, mosques from a long-running Persian occupation, famous scuba-diving sites and national parks, ritzy shopping malls – and, of course, one of the craziest nightlife scenes in the Gulf. The city of Manama got itself onto a list of the world’s top 10 “sin cities” back in 2009, and since then the government has cracked down heavily on the drug dealing and prostitution. Still, clubs like Club XS and Wrangler in Juffair host DJs from around the world, while pubs like Harvester’s and JJ’s offer laid-back live music and drinks with an Anglo-American vibe. It’s all a lot safer and more controlled than it used to be, and it’s worth a whole weekend getaway.

Israel’s capital and largest city, the “City of Gold” dates back more than 4,000 years – during which it’s been beseiged 23 times, attacked 52 times, captured and recaptured 44 times, and been totally destroyed and rebuilt at least twice. That layered history has created a city of dazzling complexity, where ancient stone churches share blocks with high-rise apartments, and traditional Middle Eastern marketplaces nestle against laid-back hipster bars. Though Jerusalem is famous for hundreds of reasons, the nightlife in certain neighborhoods has earned the city its well-deserved reputation as a party capital. Start the evening around the Mamilla Pool area, where you’ll find the Glen Whisk(e)y Bar, Sira Pub, and lots of other intriguing little bars to wander into. If you’re in the mood for live music, try Uganda or HaTipa. When you’re ready to step your evening up a notch, head over to Justice, a high-energy nightclub with a creative cocktail list – or if you're looking for a club with a gay-friendly vibe, check out Haoman 17, a warehouse club where you might also catch a superstar DJ spinning a set.

The Sultanate of Oman’s capital city – which is actually three ancient cities, now linked by modern roads – is known as one of the friendliest and safest cities in the whole Middle East. It’s largely free of the glitz and glamour of Dubai, or the wildness of Tel Aviv, or the danger and chaos of Cairo – instead, it’s got a very simple, down-to-earth feel; and that comes across clearly in its nightlife, too. Don’t expect pounding nightclubs or hipster cocktail bars here – but take a seat at the Piano Lounge at the Barr Al Jissah Resort, and sip a masterfully mixed drink while you watch the waves crash on the shore below. Drop by the Long Bar – also at the resort – later at night, and mingle with expats from all over the world. Or check out Sama Terrazza, a rooftop bar with relaxing music and wide-open views of the night sky. After you’ve partied your heart out all over the Middle East, Muscat may be just the relaxing retreat you’re looking for.

And there you have it – the top 10 party cities in the Middle East. Did I miss your favorite Middle Eastern party city? Let me know in the comments, and you might see it on Atdaa’s next list of international nightlife spots!

Digital nomad. Professional geek. Knowledge devourer. I travel the world and write about all the weird things in it. I love to tell stories from the frontiers of science, history, culture and geography — and the ways in which all these things come together.