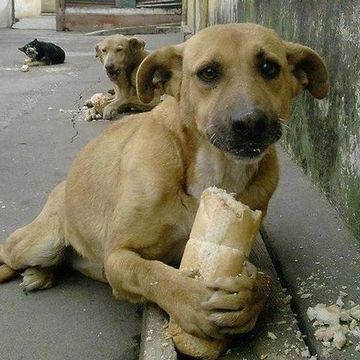 The Street Dogs of Istanbul

If I were choosing an unofficial city slogan, that would be one I would consider. Istanbul has a long and at times not so illustrious history with stray dogs. For centuries Istanbullus have shared their streets with these four-legged wanderers. Statesmen have fretted over what to do about the population for as much time; Mark Twain even recorded his thoughts in his notes from his visit saying he had never seen such “doleful and broken hearted stray dogs” anywhere else in his life.  Yes, we have dogs.

Estimated to be between 100,000 and 150,000 these dogs are everywhere. You will see them sleeping in parks, on street corners and in business doorways. The dogs are a divisive topic among residents. Depending on the neighborhood the attitudes vary. In the more conservative and in the more underprivileged neighborhoods the dogs are considered to be unclean nuisances of which the citizens would prefer be removed. A lack of interaction with dogs as pets, has made the people fearful and react accordingly. My own experience as a dog owner in the both poor and extremely fundamental neighborhood of Fatih was a challenging one. When walking the dogs, children and women would quickly cross to the other side of the street and there were no shortage of nasty looks and the occasional comment. The bored neighborhood children found a gleeful pastime in taunting the dogs behind the safety of our fence! I can’t tell you the countless number of times I yelled “Git Git” “Go Go”!!! from the windows only to have them giggle, scatter and return five minutes later with more ammunition. It was quite a debacle.

Nowadays I reside in a much more dog friendly area. Here in Nişantaşı it’s not uncommon to see a dish of water and a bowl of dry food in most apartment building doorways and businesses.  Many neighborhoods in Istanbul are like this. Residents tend to “adopt” a few strays that sleep on cardboard mats or even in their own doghouses. These dogs are like neighborhood ambassadors most are fat and content. Their territory tends to be small and there is quit a ruckus if a dog wanders into marked land! But rarely are there issues with dog bites or violence. I tried to find statistics but came up empty handed. These dogs are generally ear tagged and are a part of the cities Trap Tag and Release program where the dogs are captured, vaccinated, fixed and then rereleased back into their neighborhood. It is hoped that over time this policy will reduce the number of free roaming dogs.

However as with many programs it is short funded. The city is currently considering a policy to round up the street dogs and ship them to the outlying forests of Istanbul. These forests are already teaming with dogs and to increase the number would be devastating for their survival. It is reminiscent of a policy in the Ottoman times under Sultan Mehmed V. Shortly before the fall of the empire the Sultan wanted to Westernize Istanbul. In order to accomplish that he felt the dog situation needed to be addressed. The order was to round up the dogs and ship then off to a deserted island in the Marmara. It was carried out to its disturbing end. That was 1910, sadly the inhumane policy seems to be back on the agenda.  While the debate about the health and conditions of these dogs is valid, the fact remains street dogs are a part of Istanbul’s fabric. The dogs range from friendly to wary to downright indifferent. You may see them sleeping against a building, under a park bench or waiting patiently at a stoplight to cross with the rest of us, the locations may vary but you will see them. Istanbul, we have dogs.

If you are interested in supporting the initiative to spay and neuter, a foundation I like can be visited here.

Free-Roaming Dogs in Developing Countries:  The Benefits of  Capture, Neuter, and  Return Programs

The Behavior of Turkish Street Dogs

The world marches to save Turkey's stray dogs

The Wild Dogs of Istanbul

Turkey’s Solution for Stray Dogs is to Send Them Far Away, Where They Can’t Survive

Street Dogs and Cats in Istanbul