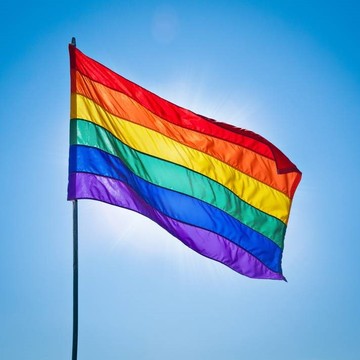 The Most Gay-Friendly Boutique Hotels in Istanbul

Located in Istanbul’s bustling Taksim Square, The Marmara Hotel is a five-star hotel in the middle of the city. The hotel provides luxury with its service and special amenities, such as an outdoor pool, sauna, gym, massages and Turkish bath. There is a top floor restaurant vith a great view of the city and the Marmara Sea. Within the hotel, there are lounges where guests can enjoy their drinks. A hair/beauty salon and babysitting services are also available. Just steps away from the metro and bus stations, The Marmara has a great location (plus easy access to the nightclubs and bars through the Istiklal Street). Here is the good news for animal lovers: Pets are allowed in this hotel with no extra charges.

Constructed in 1890s, the mansion was renovated and came into service as a four-storey boutique hotel in 2010. Located between the Bosphorus and Istiklal Avenue in the old district of Cukurcuma, the hotel is close to many touristic areas, such as Taksim square, the Golden Horn and the historical peninsula of Sultanahmet. With its 20 special-design rooms, The House Hotel Galatasaray serves you with special amenities. The House Hotel can arrange a private instructor in your room, who will tailor the yoga session to your needs and expectations.It also offers tailor made tours off the beaten track with Locally Istanbul!  There is a lounge bar on the top floor, which offers outstanding views of downtown Istanbul and The Galata Tower.

Diva’s Hotel is housed in the Old City, Sultanahmet, within walking distance to the main attractions around Sultanahmet, such as the Blue Mosque, Hagia Sophia, Basilica Cistern etc. Combining luxury, comfort, modernity and great service, Diva’s Hotel has 39 rooms decorated in Ottoman style. Renovated in 2010, the hotel has a small garden where you can relax and enjoy your drink after a tiring day. The hotel has a restaurant where buffet breakfast is served for the guests. Airport transfer(surcharge) is also provided upon request.

Owned and run by two American sisters, the Hotel Empress Zoe is located in the heart of the Old City. It is attached to the ruins of the oldest Turkish bath(hamam) in the city, built in 1483. Hotel Empress Zoe consists of several old Turkish style townhouses centered on a private archaeological garden. The hotel combines five separate houses, and rooms range from charming doubles with Byzantine or Anatolian-style murals, to a variety of garden and penthouse suites. With 25 rooms decorated in an orientalist style, the hotel has an authentic atmosphere. The terrace of the hotel offers a great view worth seeing and its garden is a gem with fountains, flower-studded domes and ivy-clad ruins of Isak Pasha Hamam. The lobby contains ancient walls and barrel vaulted passages which were once part of historic Byzantine and Ottoman Istanbul.

As a luxury and boutique hotel operating in Sultanahmet, Hotel Sarnic is just steps from the mian attractions, such as the Blue Mosque, Hagia Sophia, Topkapi Palace, just to name a few. Built as a mansion in 1915, it was converted into a hotel in 1999 and renovated in 2010. The Hotel is named after the Byzantine Cistern lying just behind the hotel that was built in the 5th century. Decorated in a traditional style, the hotel has a rooftop terrace with a great view of the Old City and the Marmara Sea. Buffet breakfast and dinner at this terrace. Guests can also enjoy their own 5-course dinner when they attend the hotel’s cooking classes. It could be an outstanding experience for you. Owned and run by two sisters, Hotel Nomade continues its own tradition. The hotel was totally ronovated for its 20th anniversary by French designer Dan Beranger. Located in Sultanahmet, it is in a walking distance to the main attractions. With double or twin bedded 16 rooms, Hotel Nomade serves as a boutique hotel decorated in Turkish style. The hotel has a terrace where buffet breakfast is served under a unique view of the Hagia Sophia, Bosphorus, Marmara sea, Topkapi Palace and Hippodrome. With its perfect location, great service and terrace view, this boutique hotel is a warm place to stay in Istanbul.

Adonis House Taksim offers apartments and studios with modern furnishings and a kitchenette with an electric kettle, fridge and cooking utensils. Taksim Metro Station is just 500 metres(1640 ft) away and Taksim Square is 10-minute by foot. There are also many restaurants around the hotel where you can taste traditional Turkish cuisine or other international tastes. If you want to feel like home and prefer an apartment instead of a hotel room, Adonis House Taksim could be a good choice for you.

As can be understood from its name, the hotel is located in Taksim district, which could be regarded as the central of the city. As an old and authentic building, the hotel was renovated in 2010 and opened its door for the guests. With six double rooms (three with a kitchenette) and a suite at the top of the roof, Hot Suites Taksim is a cosy boutique hotel. The hotel provides airport shuttle service (surcharge) and daily Istanbul tours. Pets are also allowed with no extra charges.