Glass as it is used today is an entirely man-made material. The only naturally occurring forms of glass, created by natural or geological processes, are those which are formed as a result of a high temperature incident, such as a volcano erupting, or lightning striking, causing rock to melt. Somewhere along the line in humankind’s history, we deduced that it was possible to produce this dense, crystalline material ourselves, using intense heat, sand and other materials, and glass as we know was born.The discovery of glass is probably one of the most significant occurrences in human history. Since its discovery, glass has surprised us with its unique qualities: its transparency and its translucence, its brilliance and its ability to fulfil a broad range of aesthetic and functional possibilities and demand. 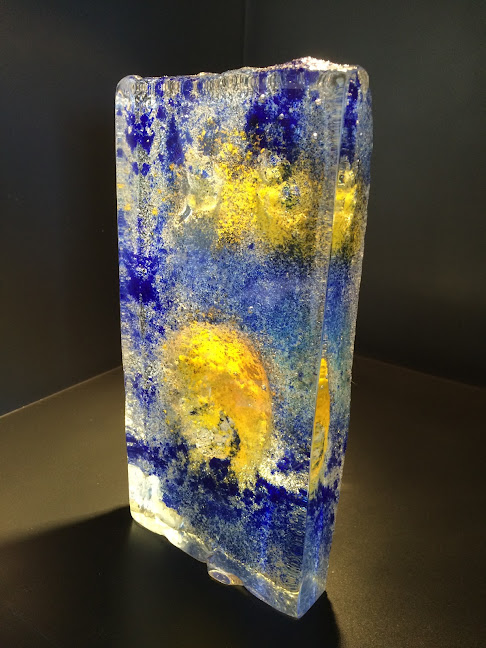 There are various legends concerning how and when glass was invented, but it is difficult to determine the precise moment. From the standpoint of modern archeology, the first known glass dates from the third millennium B.C., in Mesopotamia, during the Bronze Age. At the beginning it was used to make small items, such as beads, which were made to imitate precious stones. Although Mesopotamians and Egyptians were the first people making glass, Phoenician merchants in the region of todays Syria were probably the first people to widely transport and trade in objects made of glass. 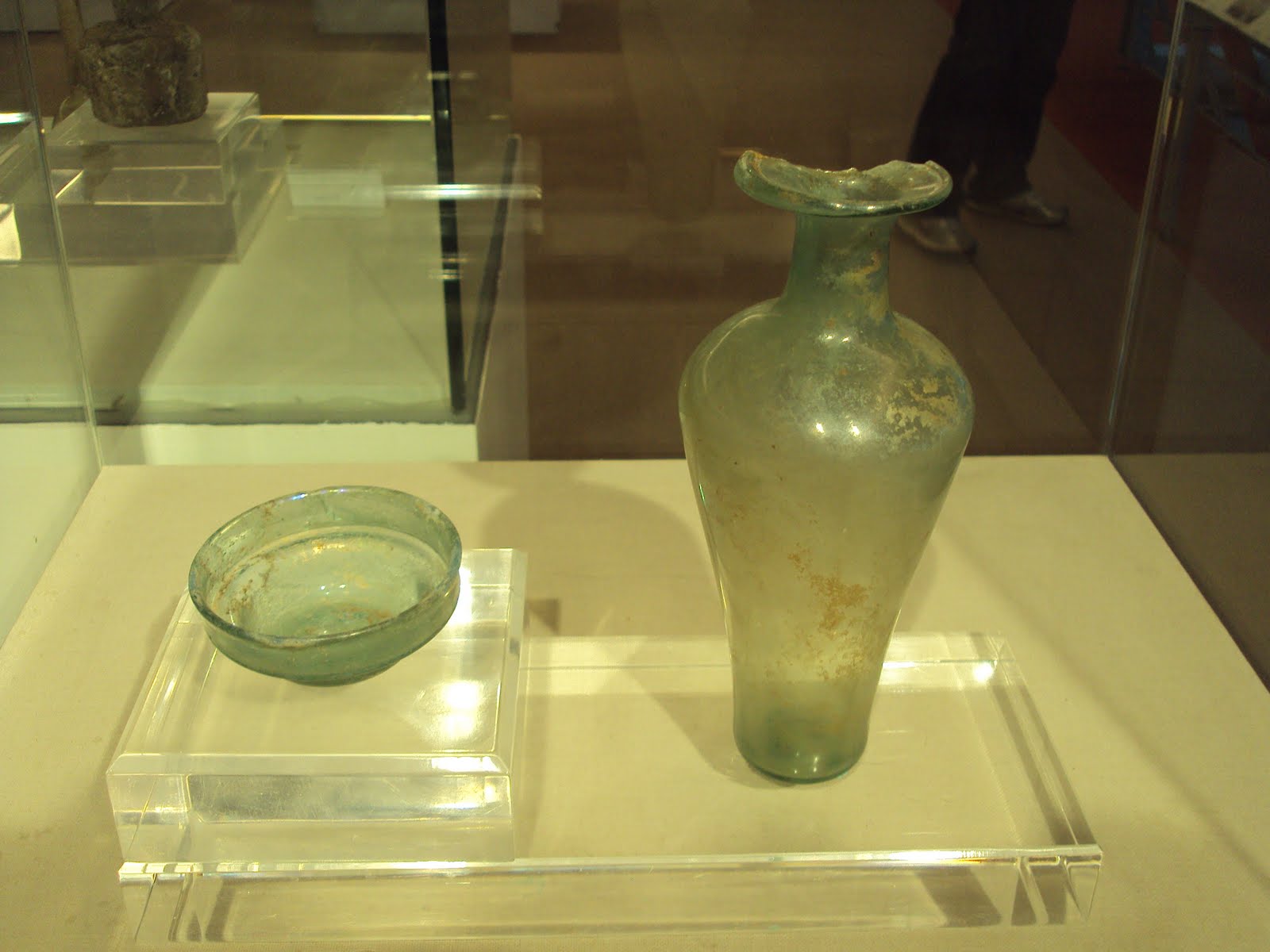 During the second millennium B.C. the glass industry evolved and artisans were able to create hollow objects without having to carve a glass block. This involved making a core of sand, clay and organic materials in the general shape of the vessels interior and dipping it into molten glass so that it covered the core, with the glass then being smoothed down, and decorations made on the glass whilst still hot and soft. This was one of the most commonly used and widespread procedures before the advent of blown glass. Using moulds of various kinds led to development of new techniques. Around the 1500 B.C. the Mesopotamian glass artisans began using a technique that resulted in some of the most beautiful glass object of antiquity: glass mosaic which involved making use of pre-shaped glass elements in a mould which is heated in a kiln until they ‘fuse’ together. Egyptians used moulds to cast glass pieces in open moulds, Greeks excelled in a technique using glass rods inside a mould and firing in a kiln to effectively ‘fuse’ these into beautiful patterns.

The glass being produced with these techniques was not transparent but these objects are historical proof of a highly evolved industry in the hands of artisans possessing extremely advanced technical knowledge. We know today that making these kind of objects using kilns is a very complicated process requiring knowledge of the compatibility of glasses used, precise control of the temperature of the kiln, correct mould recipes and many other considerations. The advanced knowledge of chemistry and physics required to create the glass objects with unique characteristics, set glass artisans apart from other artisans of their time and created a secrecy and inscrutability around their work. But since glass created with these techniques was impossible to mass-produce, it was abandoned during the first century B.C., shortly after the advent of blown glass. 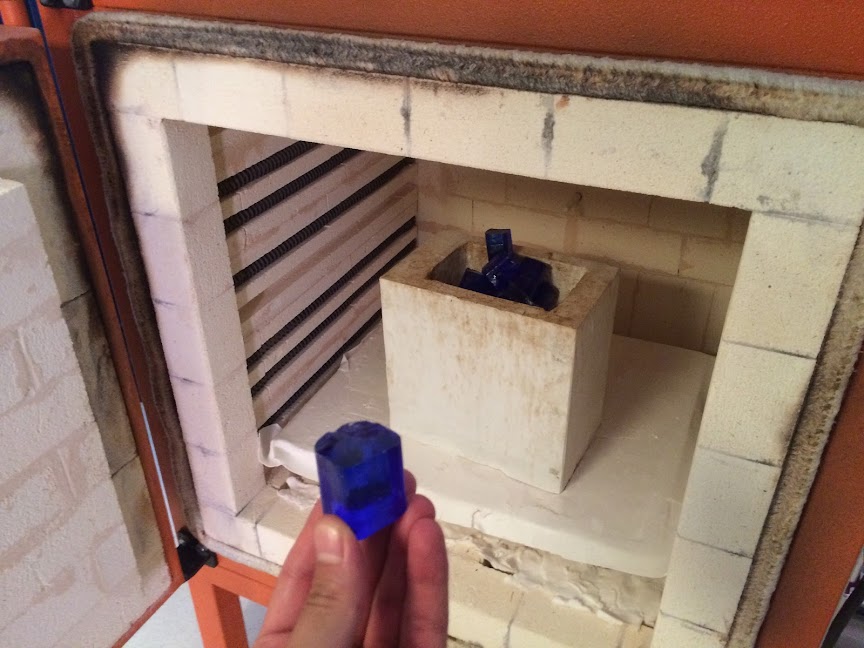 The techniques used to make glass before the advent of blown glass developed in the extensive geographic area of Asia Minor, Egypt, and Mycenae. Than starting in the ninth century B.C., new production centres arose, first in Persia and later in Syria, Phoenicia, and Greece, as well as Etruria in the western Mediterranean. The discovery of glass blowing in the middle of the first century B.C. can almost definitely be claimed by the Phoenicians in the Syria-Palestine region, but the true dawning of a new epoch in glass manufacture came under the Romans. The process of blowing air through a hollow metal tube into a core of melted glass made it possible to produce items more quickly and standardise production. It made production economical and for the first time glass was competitive with the other materials, while offering unique characteristics such as transparency and shine. Glassblowing was quickly adopted throughout the entire Roman Empire and consequently glass objects was put into daily use. Glassblowers of the Roman era apparently feared losing their prestige as artisans due to low quality mass production so in response they began to create decorative shapes through inventive processes. As the Empire dissolved, glass continued to be produced in various eastern provinces. The Byzantine culture, which inherited much of the splendour of Roman culture, continued using techniques such as application of hot decorative elements, painting, enameling, engraving, cutting and creating tiles for mosaics.

A refined material culture in which glass played a significant role developed alongside the birth of Islam in the seventh century. The most important development in Islamic glass took place in the 13th and 14th centuries in and around eastern Mediterranean when sophisticated enamelled and gilded glass works became wide spread. These Islamic glass works became highly prized in medieval Europe, where the production of glass had been in a period of stagnation since the fall of the Roman Empire. Pilgrimages to the Holly Land and the commerce between east and west Mediterranean resulted in spending the muslim glass making traditions in Europe.

The plundering of Constantinople by Crusaders and finally the conquest of Istanbul by Ottomans resulted in a mass migration of glass artisans from Istanbul to Venice and from than on Venice took over the production of blown luxury glass. The Venetians  in the island of Murano gave new life to the forms and techniques of Roman glass with strong influence from Islamic glass during the Renaissance. Consequently the Muranese artisans were recognised for their innovation, originality and quality and their blown glass pieces became the most highly desired and collected. In connection with the emigration of glass artisans to other countries during 16th and 17th centuries their techniques are spread throughout the Europe and later in the US.

Kiln-formed glass techniques had lain dormant for almost two thousand years, but towards the end of the nineteenth century a renewed interest in the often laborious and highly specialised nature of this method of glass forming was reborn. The techniques of pate de verre and lost-vax casting were embraced by Art Nouveau artists. The two world wars hindered the artistic production of glass, and it was not until the 1950s and 1960s that artists came to look at glass again. This is the time when the so called “studio glass movement” started first in the USA and than in the Europe where artists opened up their own studios for small scale artistic exploration of glass techniques across the board - kiln-forming, blowing and lampworking. Whilst the American and Northern European studio glass movement remained largely focused on the immediacy and freedom of artistic glassblowing, in South-Eastern Europe, in Czechoslovakia and todays Check Republic, great progress is made in kiln-forming glass. 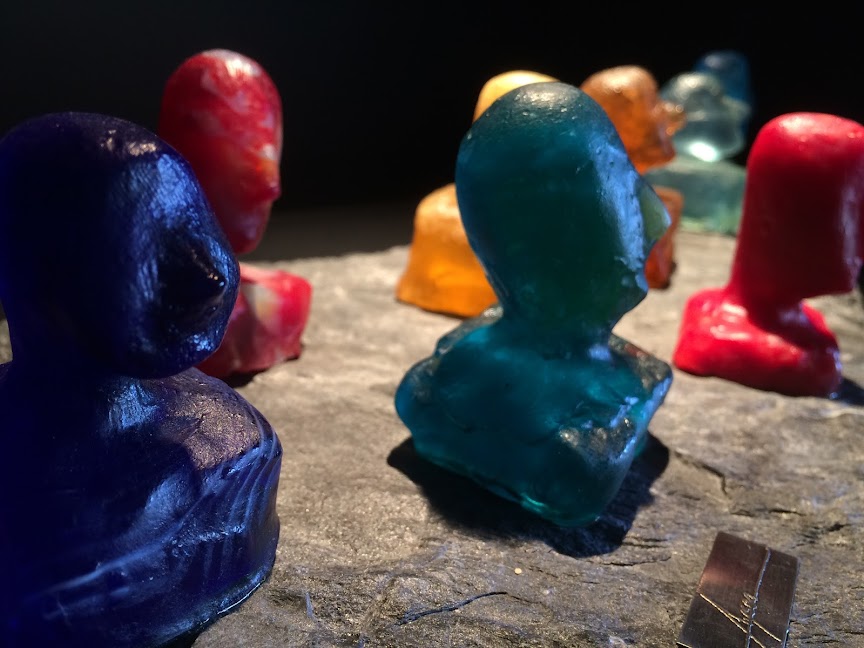 After the conquest of Istanbul by Ottomans, there was a period of decline in the glass production since many of the glass blowing artisans left the city and emigrated to Venice. At the end of 18th centry, during Selim the 3rd’s time a Mevlevi Dervish named Mehmet Dede was sent to Venice to learn about Venetian glass blowing techniques. When he returned back he opened a workshop in Beykoz and developed further a Venetian technique. His work resulted in an aesthetically beautiful technique which required a long process and creative craftsmanship called ‘Çeşmi Bülbül’ (Nightingale’s eye).

The development of contemporary glass art in Turkey gained its momentum after year 2000 following the establishment of glass departments in the fine arts faculty’s of Istanbul and Eskişehir, as well as the establishment of ‘Glass Furnace’ Foundation in outskirts of Istanbul, Örümce. The Glass Furnace was first designed as a glass studio but has quickly become one of the world’s leading glass schools as a result of a long and intensive work. Since the day it was founded, The Glass Furnace has been hosting world renowned artists, teaching various glass techniques to Turkish students and students from all over the world, through workshops. 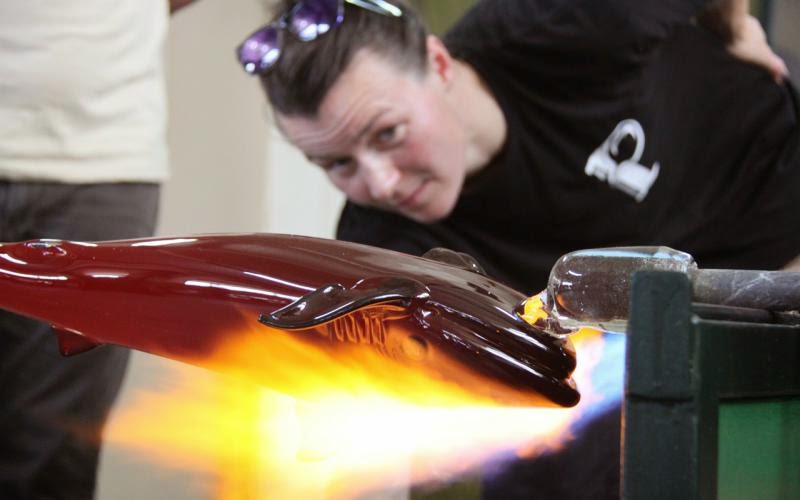 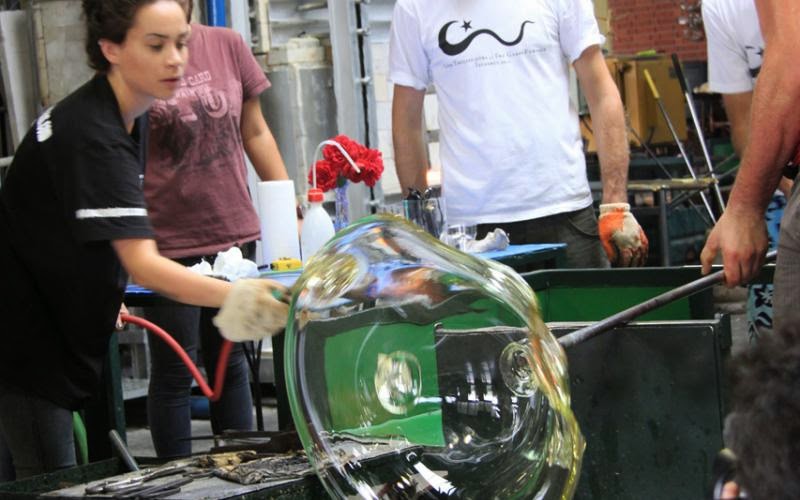 After a long professional work life covering a variety of senior management positions both in Sweden and Turkey, Ayşen Savcı joined Sirca Fanus group and started to work on artistic techniques on enameling and glass forming. She had the opportunity to work with both Turkish and international prominent artists covering different techniques for kiln forming glass. Ayşen Savcı currently continues her work of creating kiln casted glass sculptures at her own studio, Studio Volcano in central Istanbul. She had several exhibitions and over 70 pieces of her work is in the private collections in Istanbul, Milano, London, Athens, Stockholm, Gothenburg and NY.