Istanbul Toy Museum, a Journey to Your Childhood

Think of a place which is protected by giant tin soldiers. The building having three giraffes in front of is located in one of the cross streets on Anatolian side of Istanbul. I assume you are a bit confused regarding the answer. 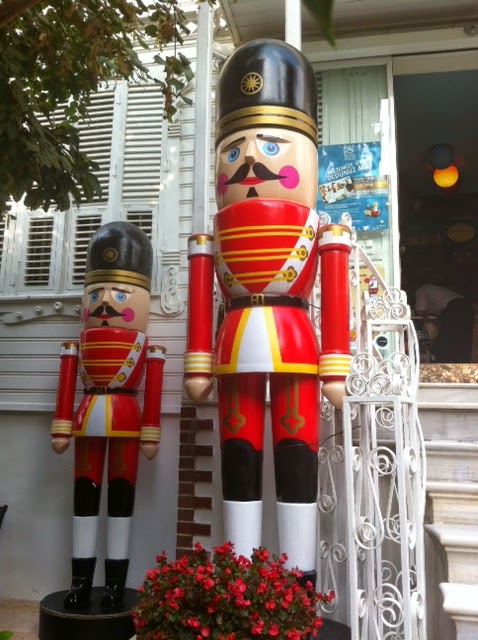 Welcome to “Istanbul Toy Museum” founded by Turkish poet/author Sunay Akın on 23 April 2005. Sunay Akın has collected all the toys with stories from auctions and antique shops for over 40 countries in 20 years. The museum constitutes to be the first in the world with the distinction of being founded by a poet and designed by a stage design artist.

Each small detail has been taken into consideration by Sunay Akın.  It is not a coincidence that three giraffes welcome you in the entrance. The chalet, which Istanbul Toy Museum is located, used to belong to General Münif Tahir Paşa (1830–1910) 100 years ago and the giraffe statue he had in the garden gained a great interest by neighbors. The museum didn’t forget its’ previous owner. 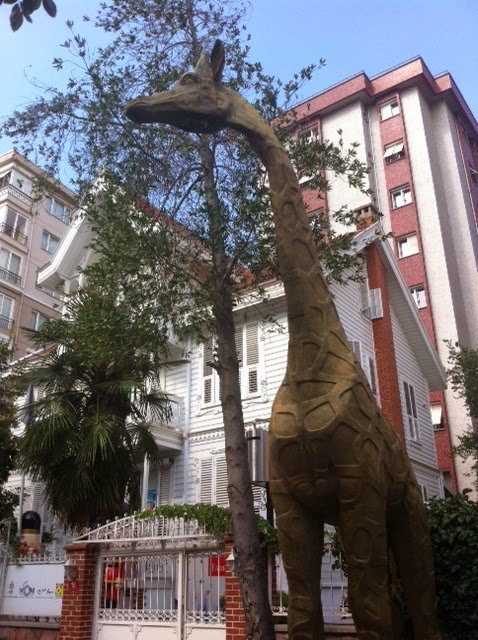 Get ready for a journey in time starting from 1700’s. 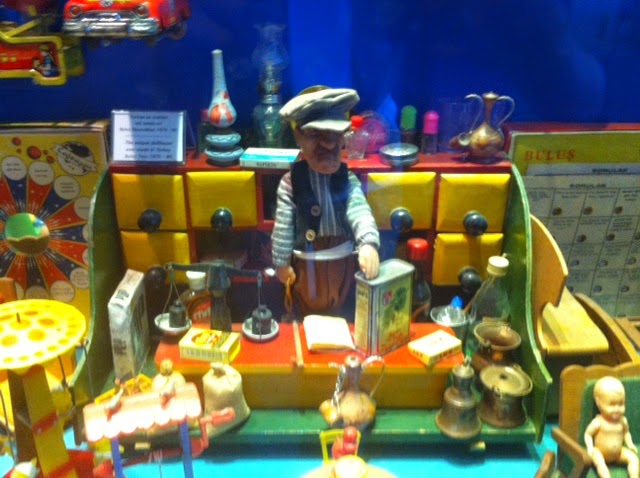 A Turkish grocery store, which plays an important role in Turkish family lives in 1950’s, impacts you in the entrance floor. In another room, you take a dangerous trip in a mail coach in Texas in 1880’s. Then you jump to 1950’s and turn into a cowboy fighting against Indians. You may be surprised to see Lucky Luke and Dalton’s on the way. 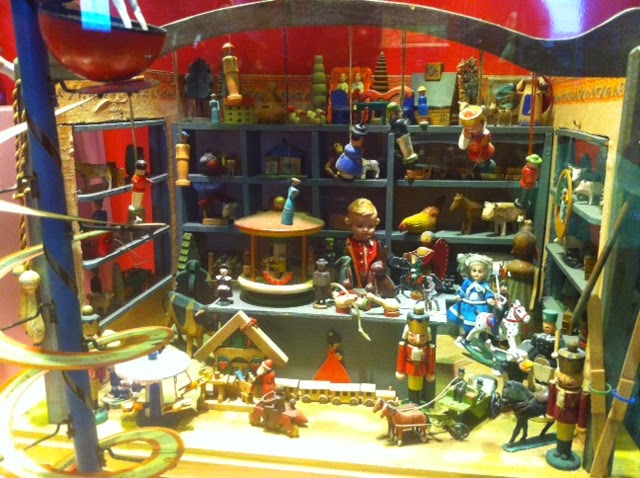 One of the most important striking cabinet in the museum belongs to Margarete Steiff’s stuffed toys. Margarete, born in 1847, started making stuffed animals as a hobby. These toys began as elephant design for pincushions to friends. However, children just loved them. After seeing their great interest, she went on to design many other successful animal-themed toys for children.

Did you know that the name “Teddy” is given to a special toy bear which is developed for Theodore Roosevelt’s love for animals?  Teddy bear, creation of the toymakers Morris Michtom in the US and Richard Steiff in Germany in the early years of the 20th century, became an iconic children's toy. Teddy bears are among the most popular gifts for children now and are often given to adults to signify love, congratulations or sympathy. 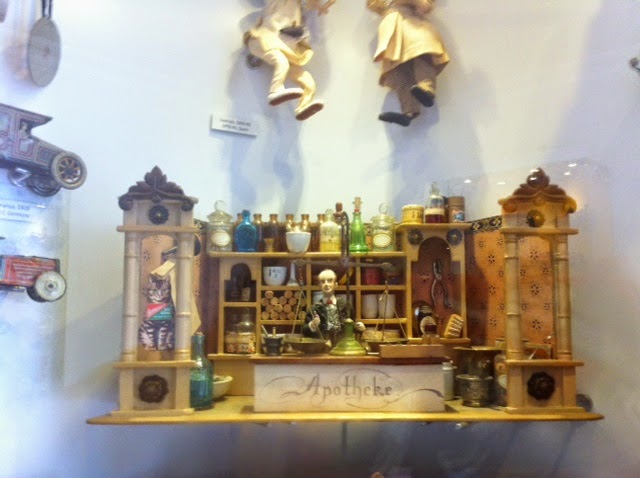 Charlie Chaplin’s toy waves you from another room. This toy which was made in United States in 1914 as a single toy for Charlie Chaplin’s “The Tramp” (Charlot) character and presented as a gift to him. Then Charlie Chaplin has sent it to William Morris to get revenues for the establishment of a nursery school in 1920. 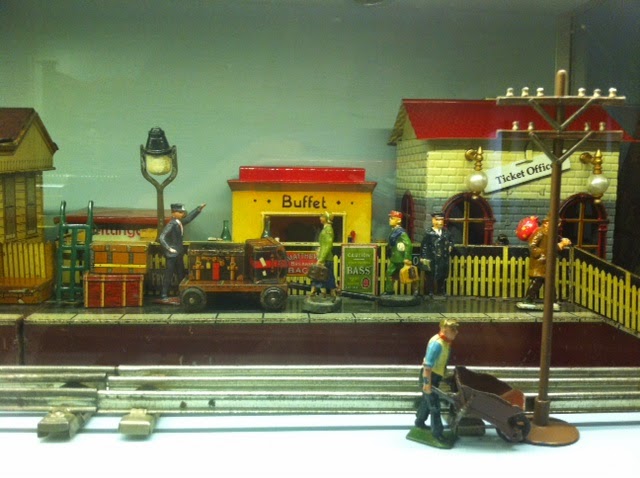 I must say that there were two areas which I didn’t want to leave in the museum. One of them was the room which was designed as compartment. As you may guess, the room was full of metal wagons done in Germany in 1920’s and mini train station where you can see all the details including the ticket office, passangers and baggages. The other room was the one dedicated to toy houses. The drugstore, the library, the kitchen of a big house, the toy store, the hat store, the bakery shop where you can select from a variety of pastry alternatives…You just want to shrink and start living in these small houses. 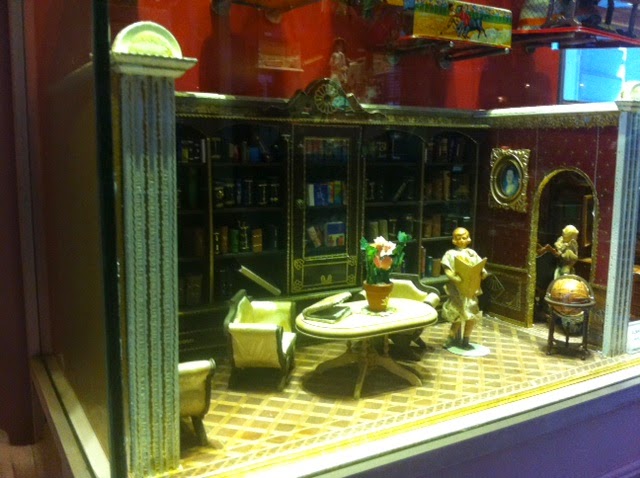 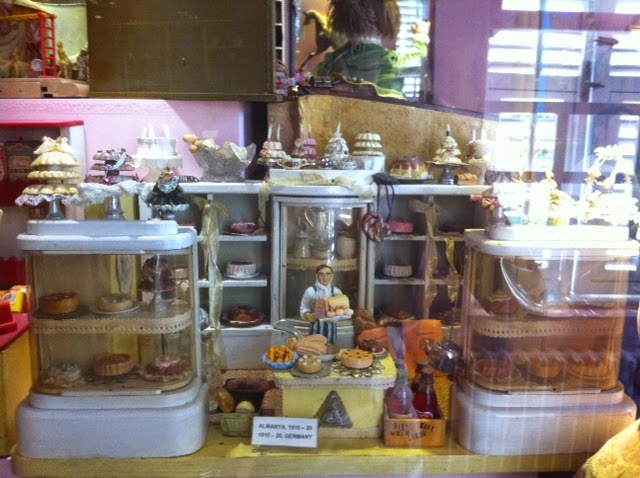