For the most part, the Bosphorus is usually one of the first things that comes to mind if you’re talking about Istanbul. Once the topic switches to the cuisine a typical foreigner might think of kebabs as the primary element of Istanbul’s food culture. However, from a local standpoint, fish is the most prominent dish in this city. 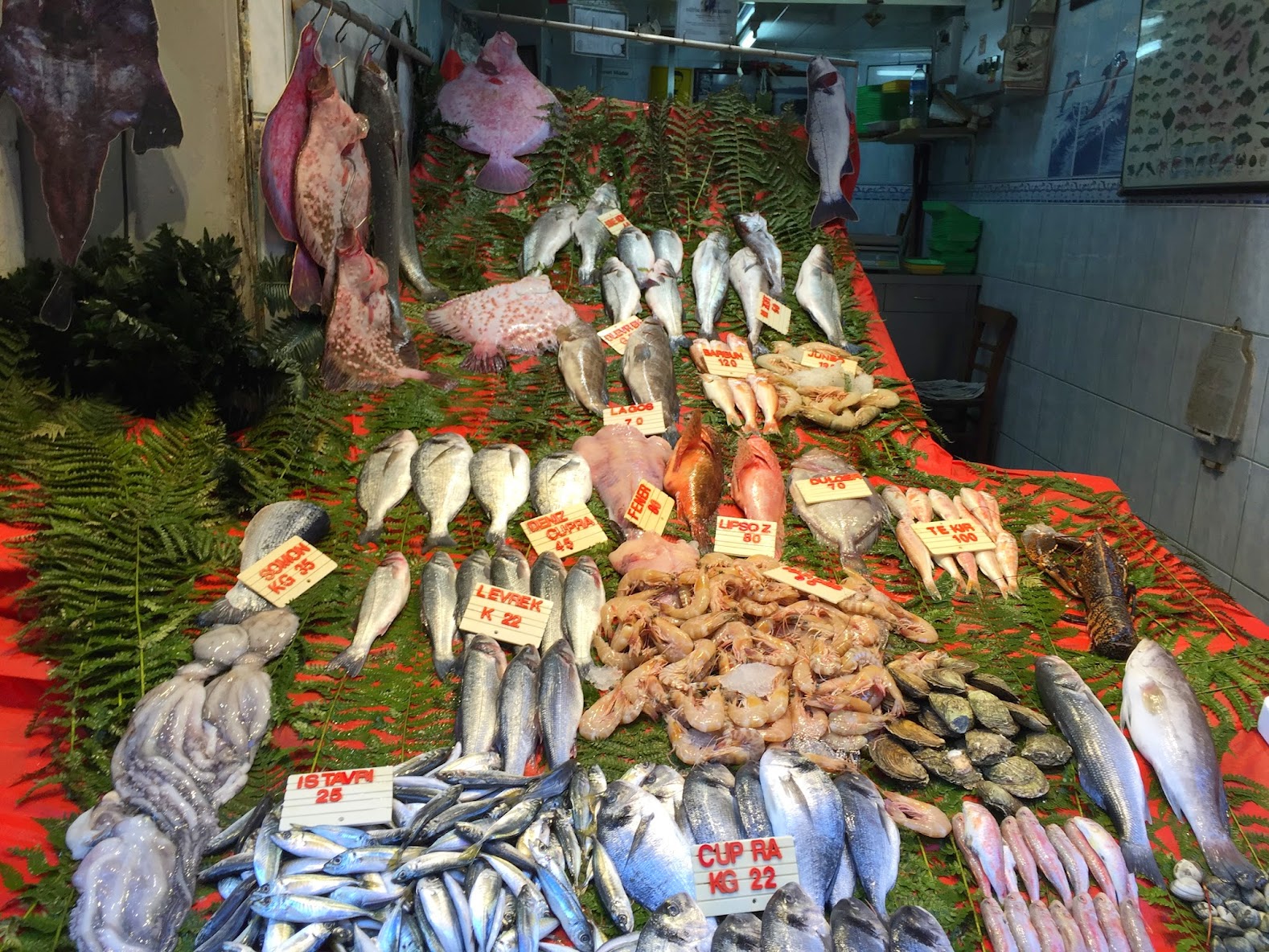 If an Istanbulite stays away from home for too long, he or she will soon start dreaming about having rakı and balık (fish) with friends by the Bosphorus. It’s pretty common for a regular Istanbulite to have their own trusted local fish seller to whom they have been loyal for an entire lifetime. When they visit their fishmonger there is no need for a long conversation. The fish to buy is always going to be the local fish in season. After taking a peek at the salmon out of season a buyer knows it will be frowned upon. It is much more important to follow the fishmonger's advice rather than what the shopper thinks they want or are willing to buy.

For this reason I have returned home with lüfer, tekir and kalkan (bluefish, mullet and turbot) even though I was planning on cooking salmon for dinner that night. Kardeşler Balıkçısı, located in Beyoğlu Balık Pazarı (Beyoğlu Fish Market), is my fishmonger and the owner’s name is İdris Çimen a.k.a. Reis (chieftain). As one of the oldest fish stores in the bazaar, opened in 1974, Reis longs for the old Istanbul like every other fish seller in the market. The variety and quantity of fish available in Istanbul is not as rich and plentiful as it once was. However, don't feel too bad for him, you won’t ever see his stand hurting for customers. He goes to the fish market (Hal) around 1:00 - 2:00am every morning and picks up the freshest fish available. He says there won’t be decent fish after that hour, and for this reason he maintains a stand that has plenty of fresh fish at all times.

Video by Not Only Istanbul | http://notonlyistanbul.com/

Come Spring, fishing with the large fishing vessel (Gırgır) is prohibited, therefore, istavrit and tekir (mackerel and striped red mullet) are commonly available due to the fact that they swim near the surface. Sinarit, mercan and dil (dentex, snapper, and sole fish) are also in season. Sardalya season starts around mid-May and lasts until September. Kalkan (turbot) is a winter fish and can be found between late January until March. Perhaps considered dearest of all, lüfer (bluefish) is available mid-September until the end of January. The large fish selection of Marmara Sea provides good options at all times. But wait, still you are not done, even after having bought the best fish in season! 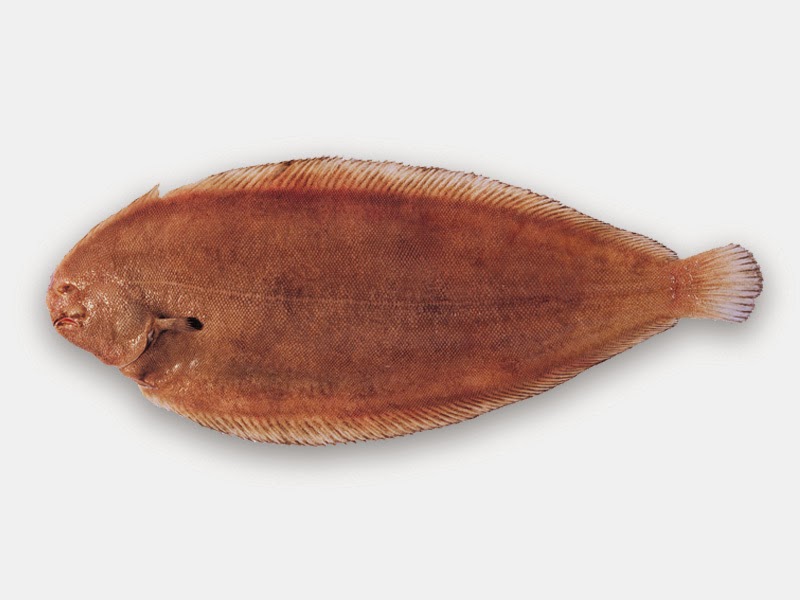 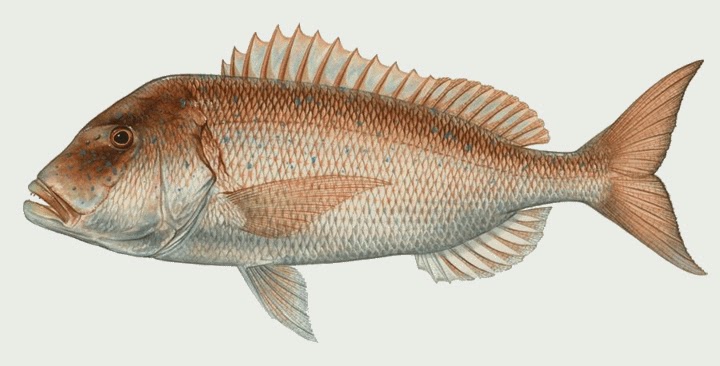 There is a ritual to preparing a proper fish dinner table: After the fish market, one must stop by the local green grocer to buy the freshest greens available; one must be very selective while deciding on what is paired with the fish you have so carefully selected. You must have the the fundamental veggies for the fish table: roka, turp and taze soğan (arugula, radish, and green onion) as well as lemon to squeeze on the salad. But do not make this mistake, you never put lemon on the fish. 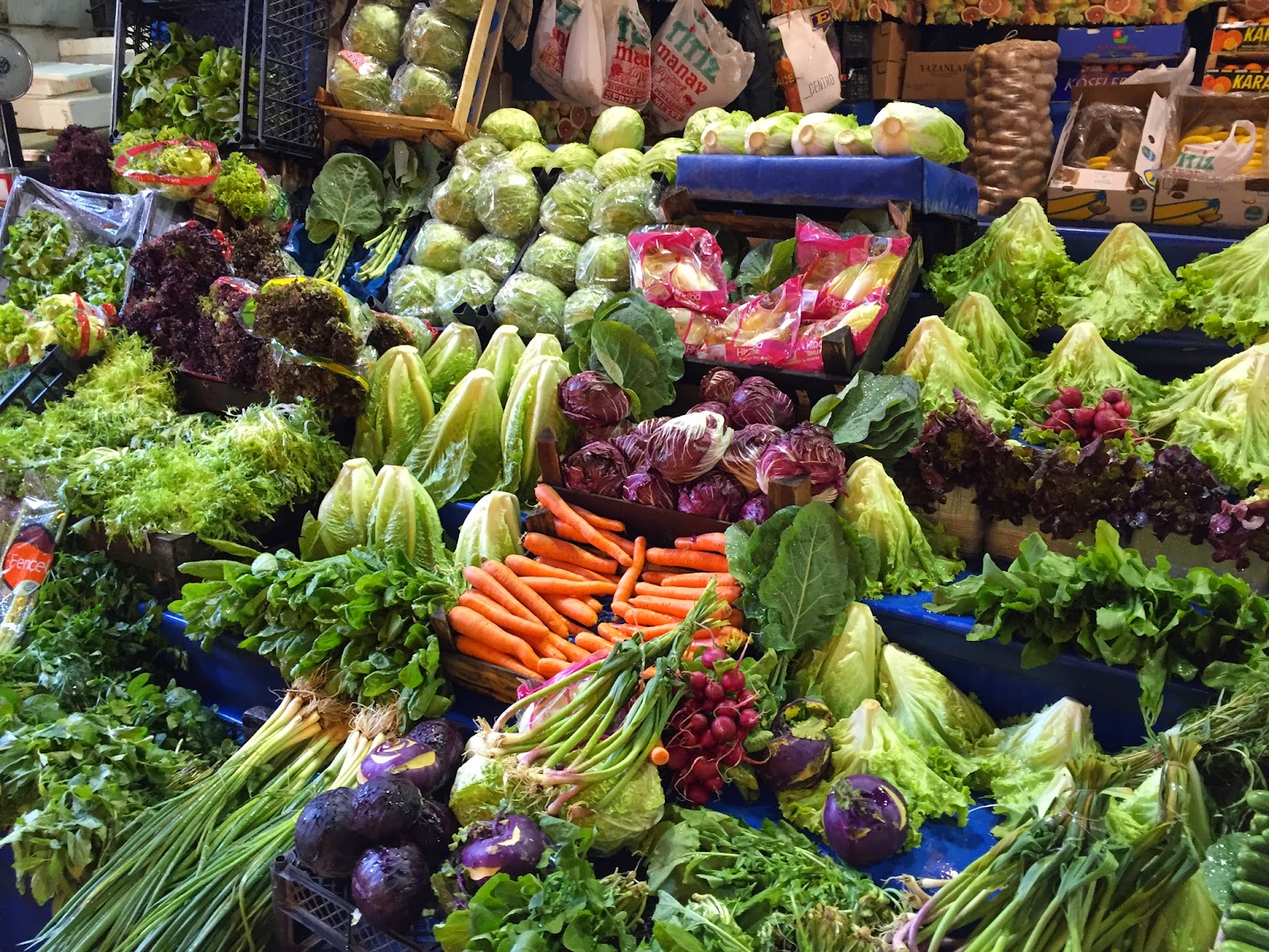 With such a beautiful fish, you don’t need more companions past the veggies. The star of the table needs to be the fish, the rest can at best play secondary to the lead.

To prepare the vegetables, the tomatoes are chopped into small cubes and mixed with arugula. Next, a dressing with extra virgin olive oil and a generous quantity of lemon juice is prepared and tossed into the salad. Make sure to prepare extra because you will want to do as the Turks do and dip your Turkish bread into the salad bowl, soaking up the savory juices. This technique is called şamandıra. Radish and green onions don’t have to go through any process before they are served on the table. They are lovely as they are. Many of these ingredients have a bit of an edgy, some might say spicy taste, however, the balance they bring to the fish when combined is perfect. For this reason it is a good idea to pair rakı with the fish and vegetables. The strong tastes make for a good chaser after a sip of rakı. Once rakı is in the game it is time to bring out the beyaz peynir (salty feta-like cheese) and kavun (honeydew). They are simple and complimentary to the meal.  You don’t have to worry yourself with a complicated list of meze (appetizer) you can focus on your enjoyment! However, if you want to add a few more traditional mezes, patlıcan salatası (eggplant salad), pilaki (borlotti bean salad), and steamed shrimp with a drizzle of olive oil on top are all quite delicious. 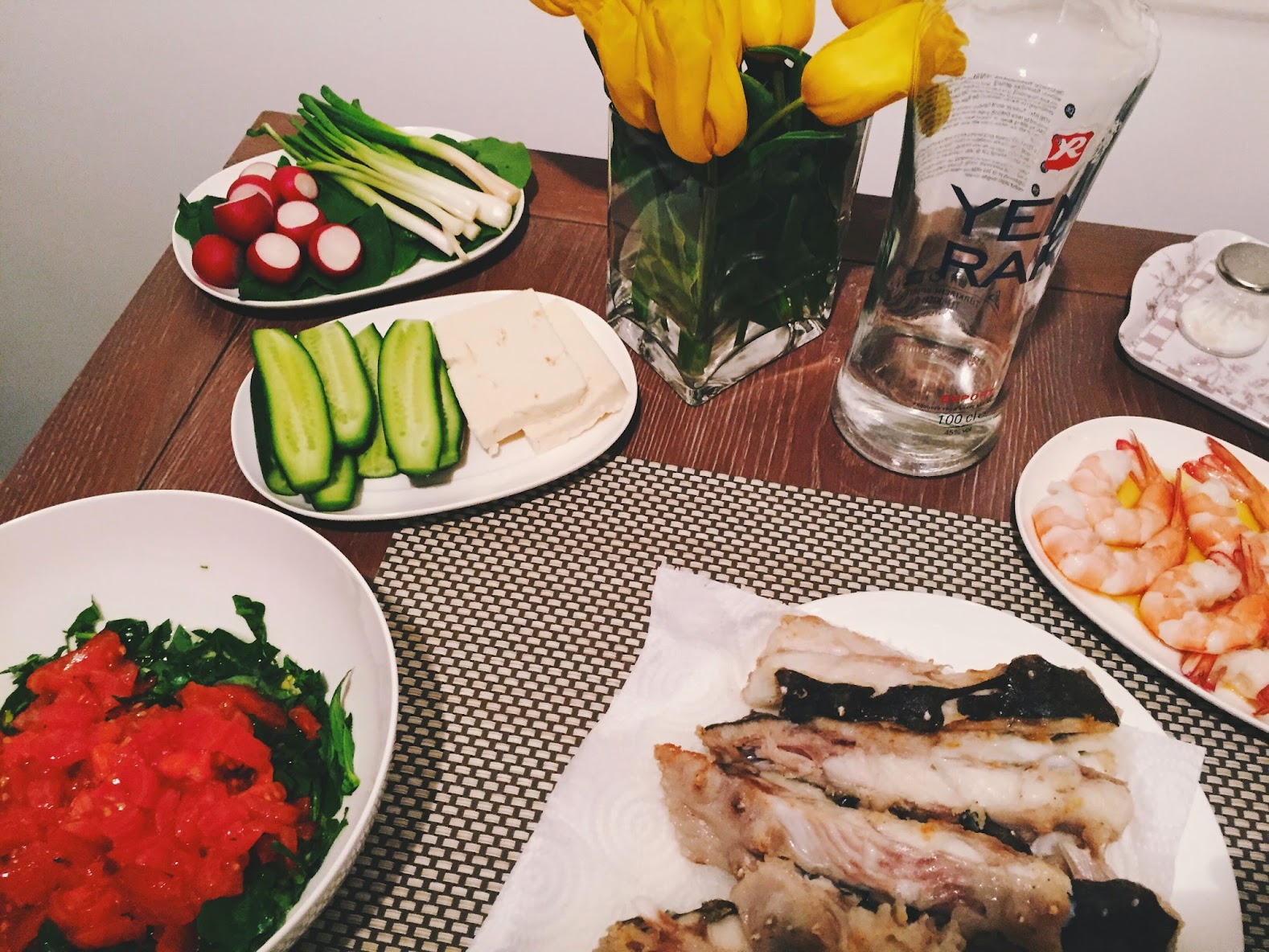 Now you may almost consider the dinner table ready. However, there is one more thing which is nearly as important as the rakı, that is dessert. A fish meal is not complete if the dessert is skipped. In general, the sweet in question would be helva. If you are shopping in Balık Pazarı, then you will perhaps stop by Üç Yıldız for the helva. 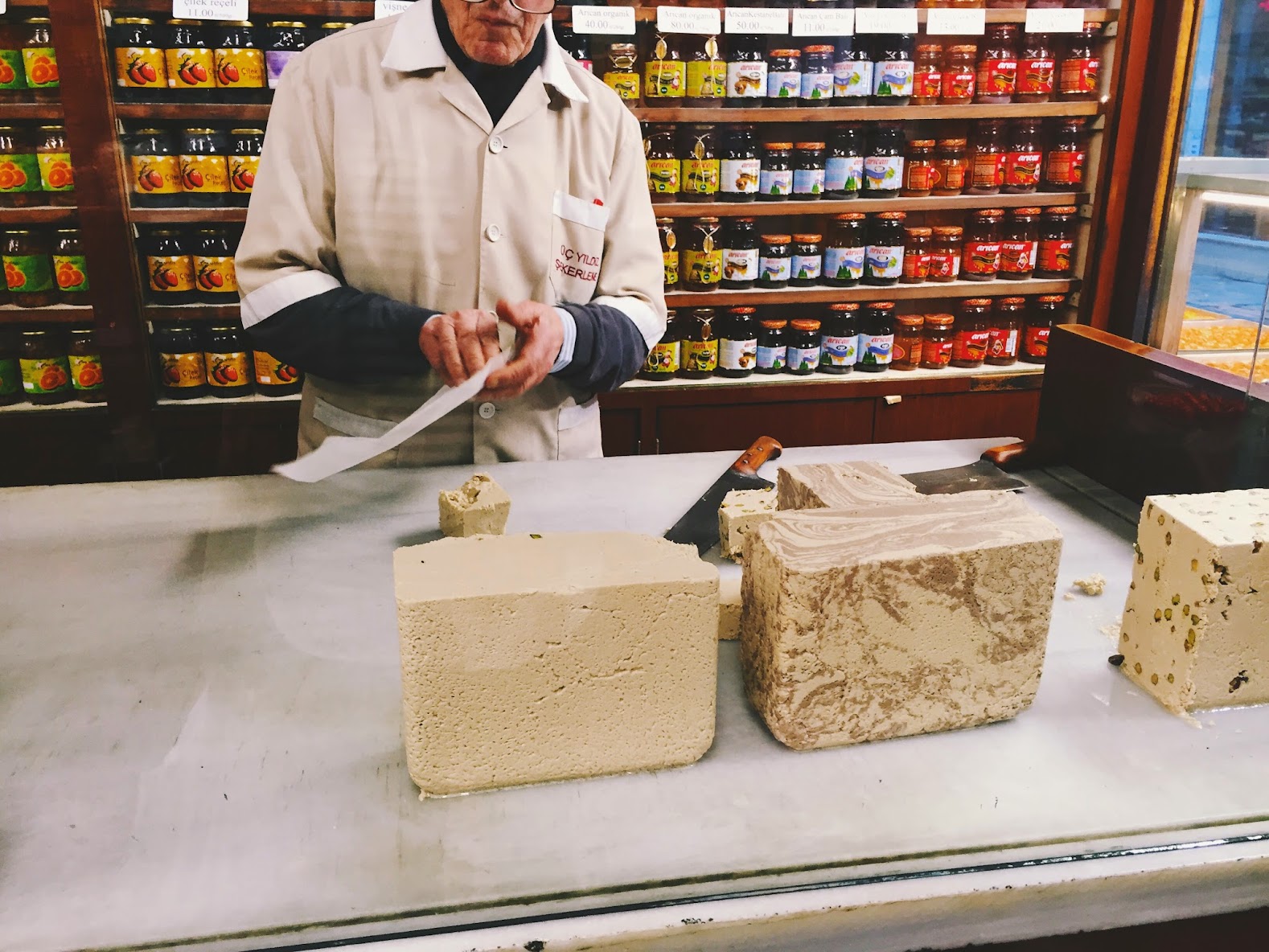 Since 1926, Üç Yıldız has been making their own helva with the unmistakable ingredient, tahini. Eating the helva without accoutrements is the way to go. However, it is acceptable to bake it with lemon juice if you want to fancy it up. You can eat it with bread in the same way as you would spread butter upon a slice. 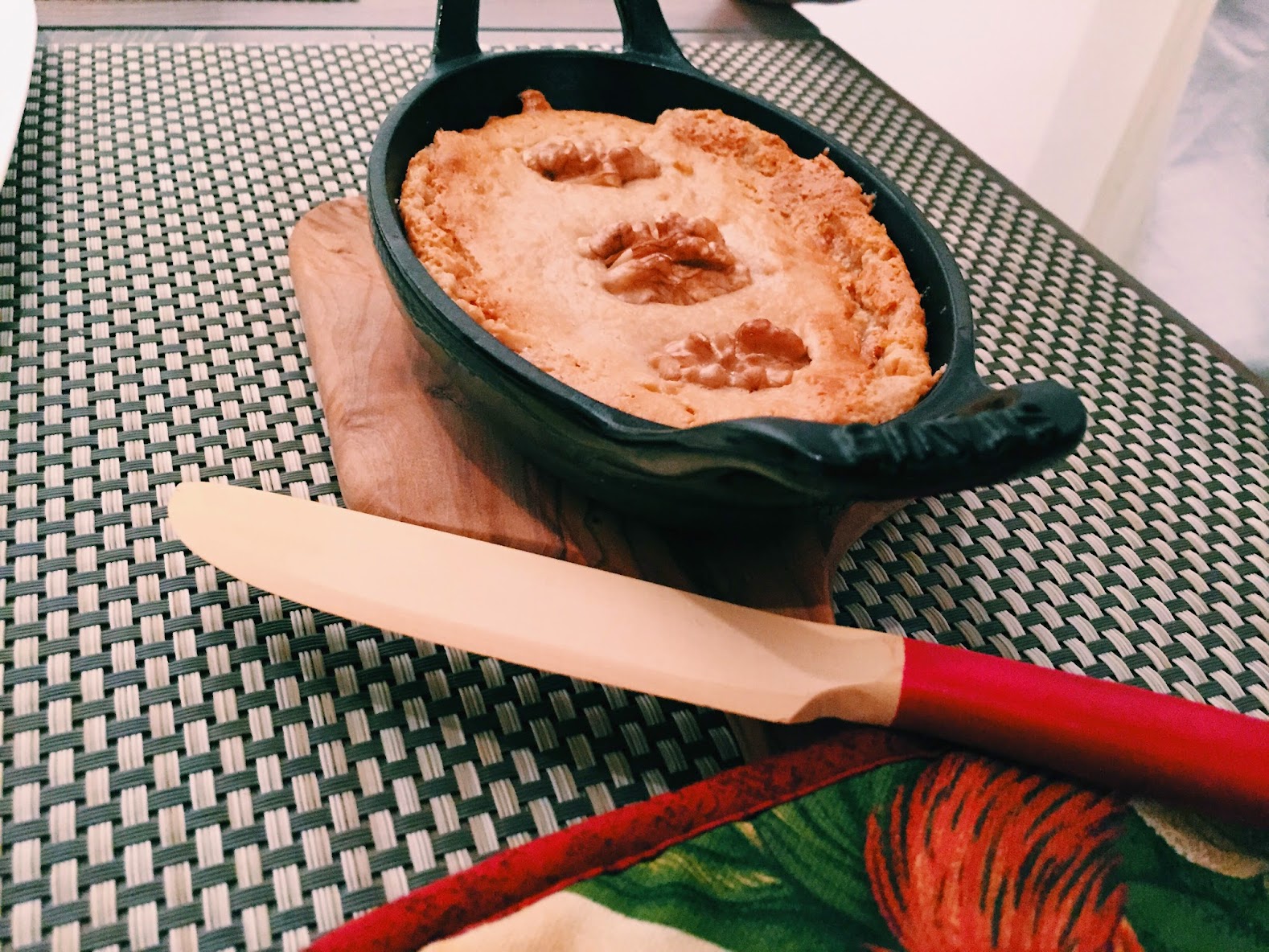 Here is a turbot recipe and sesame helva recipe for those who are interested in having a similar feast.

Eat, drinks, cooks, and travels.. Resisted eating anything up until she had her first lüfer (bluefish). Learned how to cook while experimenting on cookies with her not-so-good-cook granma. She went to culinary school, and have been working with great chefs for the last 10 years - serrafoodie.com