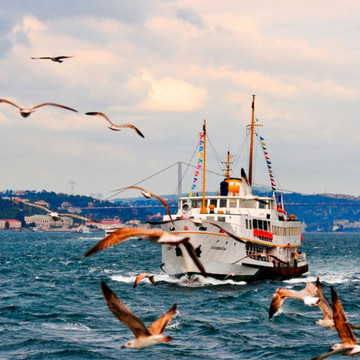 How to Get to Princes' Islands in Istanbul

In 20 km southeast of Istanbul in the Sea of Marmara, four islands out of nine are waiting to be explored. These islands, namely Büyükada, Burgazada, Heybeliada and Kınalıada, offer you an one-day escape from the city rush with their peaceful environment, beautiful houses including old Greek churches, horse carts and lovely cats!

It is very easy and cheap to get to these islands. Here are your options:

First one is is to get there by ferry, operated by Şehir Hatları. It departs from Kabataş in European side and from Kadıköy and Bostancı in Asian side and stops by all four islands.

Tip: On a sunny weekend, the ferries will most likely be full that you will wait a long queue until you get on or won’t be able to get on after all. So it would be better if you take a ferry in an early hour, if you're planning to go on a weekend or plan your Princes’ Islands visit on a week day. 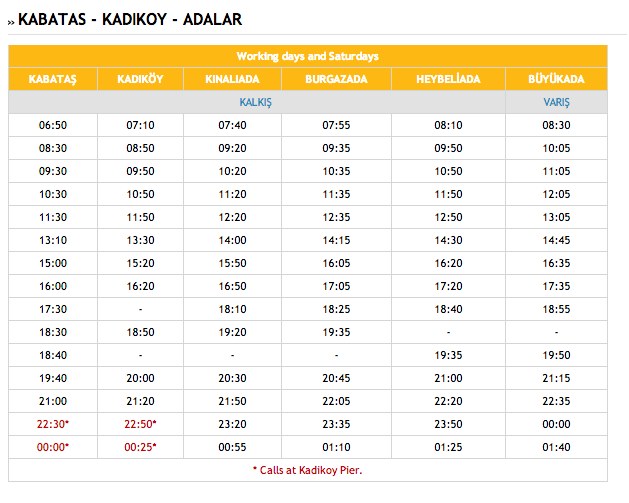 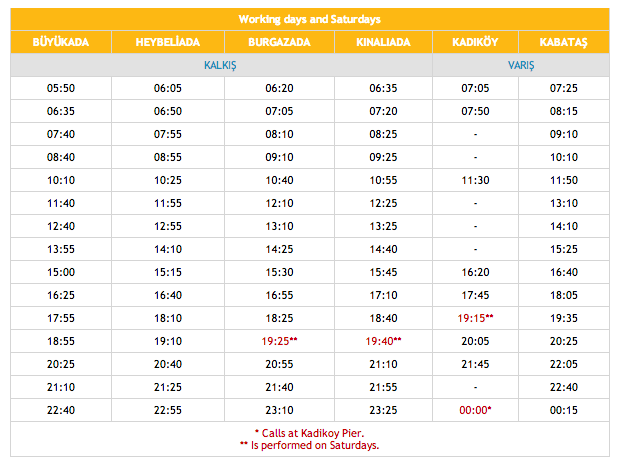 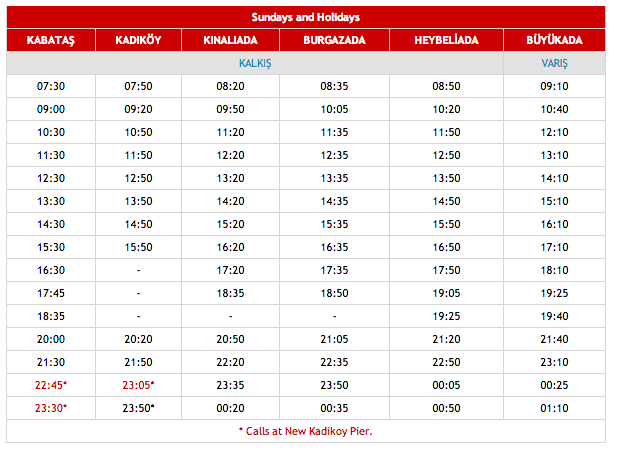 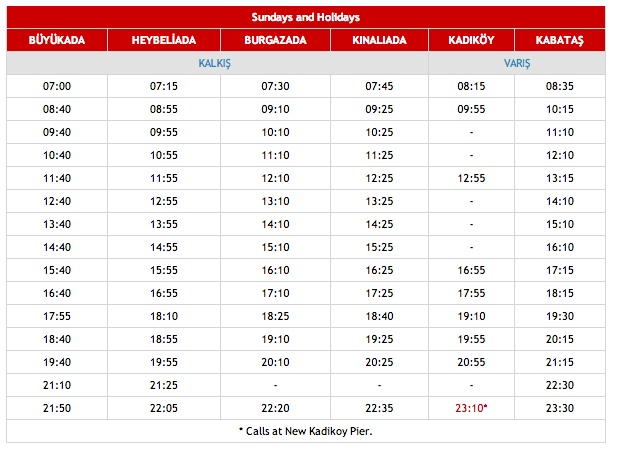 The last option is to take a “motor” (small ferry). There are three different motor companies operating to Princes’ Islands which are TurYol, Dentur Avrasya and Mavi Marmara.

The motors of TurYol depart from Eminönü and Karaköy in European side and Kadıköy in Asian side and stops by Büyükada and Kınalıada. They cost 5 TL.

For the timetable of TurYol to Princes’ Islands click here.

The motors of Dentur Avrasya depart from Kabataş and stops by Büyükada and Heybeliada. They cost 6 TL.

For the timetable of Dentur Avrasya to Princes’ Islands click here.

*The motors in red will operate only on weekends and national holidays.

The motors of Mavi Marmara depart from Kabataş and stops by Büyükada and Heybeliada. There are also motors which run between Bostancı and all four islands.

For the 2014 Summer Timetable of Mavi Marmara from Kabataş to Princes’ Islands click here.

**The motors in red will operate only on weekends and national holidays.

For the 2014 Summer Timetable of Mavi Marmara from Bostancı to Büyükada and Heybeliada click here.

***The column on the left shows weekday and Saturday schedule whereas the one on the right shows Sunday and national holidays schedule.

****The motors in orange will not operate between 27 June and 28 July.

For the 2014 Summer Timetable of Mavi Marmara from Bostancı to Kınalıada and Burgazada click here.

All four islands are worth to visit for experiencing a totally different Istanbul. As time gets slower there, you will leave Istanbul’s clutter behind and relax more and more...