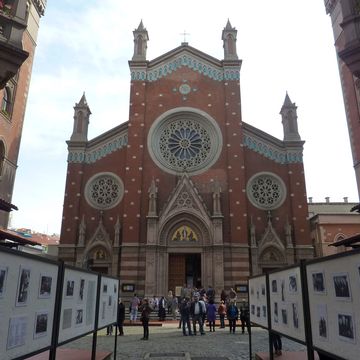 How many churches are there in Istanbul?

It is pretty hard to answer this question considering the fact that many churches in Istanbul were converted into mosques, after the conquest of Constantinople. The Church of St. Sophia, Hagia Sophia, was the first church to be converted, and named as the "Great Mosque" by the Ottoman Sultan Mehmed II, Fatih Sultan Mehmet, on the next day of the conquest. It was customary practice that prayer be held in the most magnificient architecture of a newly conquered community. On May 30th, 1453, Mehmed II proudly announced that the city will be honored as Ottoman capital thereafter. Hagia Sophia became a mosque as well as an educational center for the city.

Ottomans were re-establishing the once Christian capital of the world as a Turco-Islamic city. Hence, there were many conversions taking place within the walls of Istanbul. There were three main reasons to convert Byzantine buildings into use for the Faith of Islam: a) The requirement for certain buildings to serve as mosques (such as the Great Mosque), educational centers, tekkes, and so forth. b) Byzantine churches and chapels were ready-made and easily adaptable structures for the new establishments of Muslim neighborhoods. c) Decreasing number of Christians in the existing neighborhoods. "Byzantine Churches in Istanbul" by Suleyman Kirimtayif

After Constantinople became the Ottoman capital, there was an obvious depopulation of the non-muslim communities. Ottomans incentivized the minorities to move to Istanbul from other Ottoman cities, or the new conquered cities, to be able to repopulate the metropolis. For instance, the Armenian Patriarchate of Constantinople was established in 1461, after Mehmed II ordered the Armenians to settle in the walls of Istanbul, and Archbishop Hovageem (Joachim) to migrate from Bursa, and become the community's spiritual leader. There were newly establishing non-muslim neighborhoods such as Fener and Balat on the shores of the Golden Horn.  Meanwhile, the conversion of Byzantine churches into mosques or tekkes were continuing. The conversions took place until the end of Bayezid II's reign, 1512.

There are overall 60 active Armenian churches located on the European, Asian sides of Istanbul as well as the Prince Islands (source). One of the most famous ones is the Surp Krior Lusarovich Armenian Orthodox Church located in the Karakoy neighborhood. It's the oldest Armenian church in Istanbul. Location

There are total of 12 Protestant Churches in Istanbul. The most famous one the Anglican church "Christ Church" originally named as the Crimean Memorial Church. Location

There are 8 Catholic churches located in Istanbul, and you should definitely check out St. Anthony of Padua, on Istiklal Avenue. Location