Recently, I was given an opportunity through the wonderful little Anatolian art and handcrafts shop Ark of Crafts, to attend an ebru workshop with artist Nesime Kantar in her Galata neighborhood studio. Nesime and her partner Ezgi Turan opened GalatArt studio as a place to create, display and share their knowledge of the art of ebru, or marbling as we may refer to it in the West. Ebru is thought by historians to have first been developed in Central Asia during the 8th century however it would take until the 16th century to make its emergence in Ottoman culture. Traditionally Turkish marbling was used in bookbinding, calligraphy and creating miniatures. A re-emergence in the crafts popularity occurred in the 20th century and since that time an artists creativity is the only limitation which is fostered along in a master/ apprentice relationship, as is traditional in all Ottoman art. 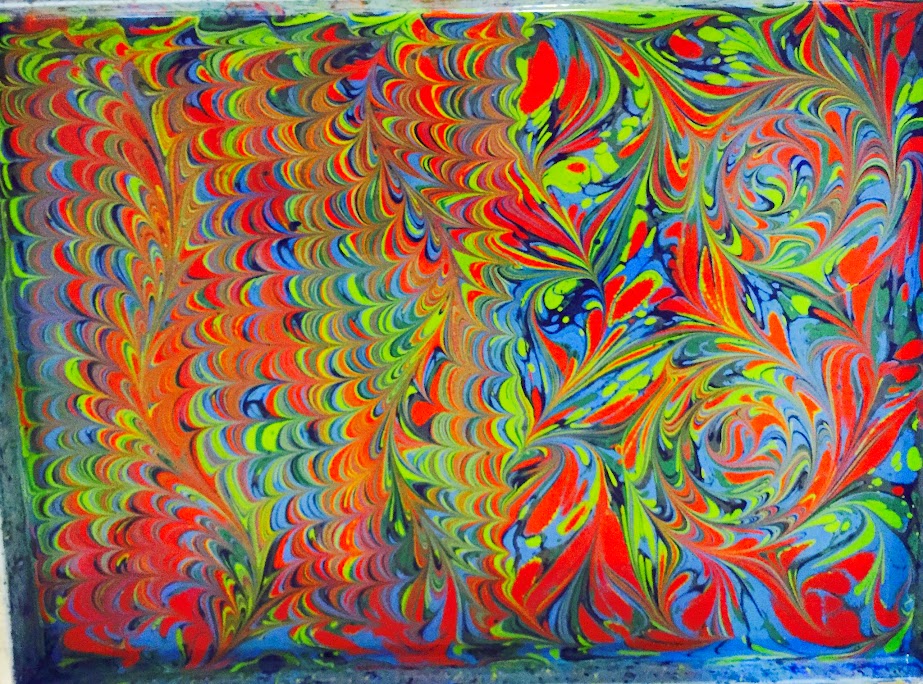 As I walked around GalatArt studio I was able to admire their conceptualization of the art. Aside from framed pieces of ebru which showcased the various techniques, there were ceramics, candles and the most gorgeous silk clothing items, each one completely unique. Nesime, who actually graduated university with a sociology degree, only began practicing ebru in 2000, she also went on to study the art of traditional book binding. While her partner Ezgi graduated in economics she similarly began studying ebru and bookbinding during the same time frame. They went on to open their Galata studio in 2009. Both women also have their art displayed in various exhibitions both in the past and future. 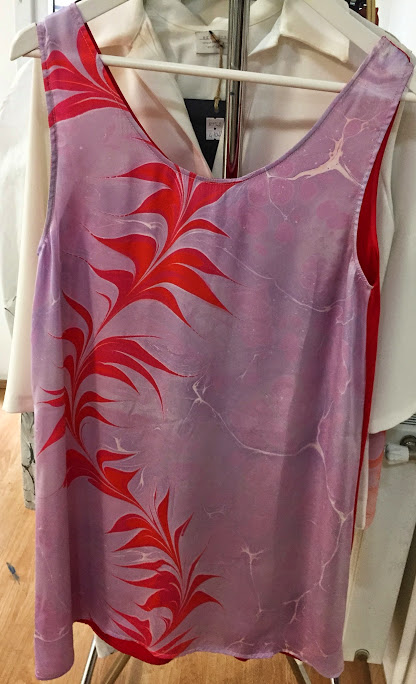 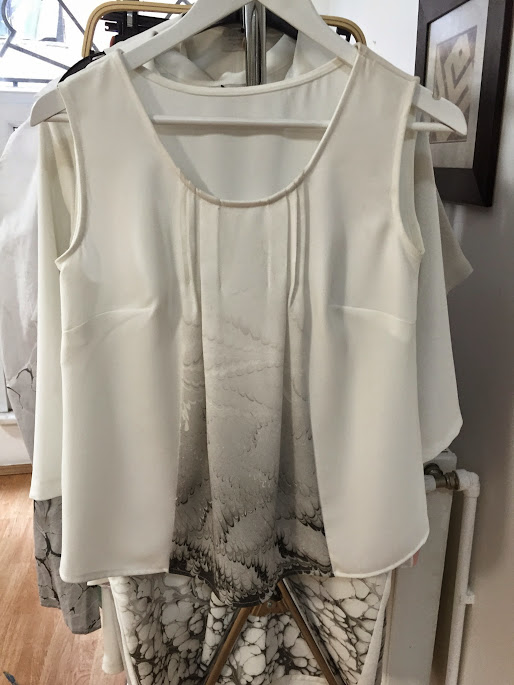 Nesime sat me down with a cup of tea and took me through the marbling basics, explaining what she was doing as she demonstrated. The first step in ebru is creating the viscous water by adding the Anatolian plant Tragacanth. The purpose of this is so that the paint will float on the surface rather than sink. Next, the artist must mix their colors. The pigments are all natural ingredients which come from Earth materials. Nesime explained it is simply a process of trial and error to learn which mixtures create the desired hue. Ox gall is added to the pigment which allows the paint to stay on the surface and spread. The paint must settle for 2 weeks in advance of the project, so that trial and error part when mixing is very important. 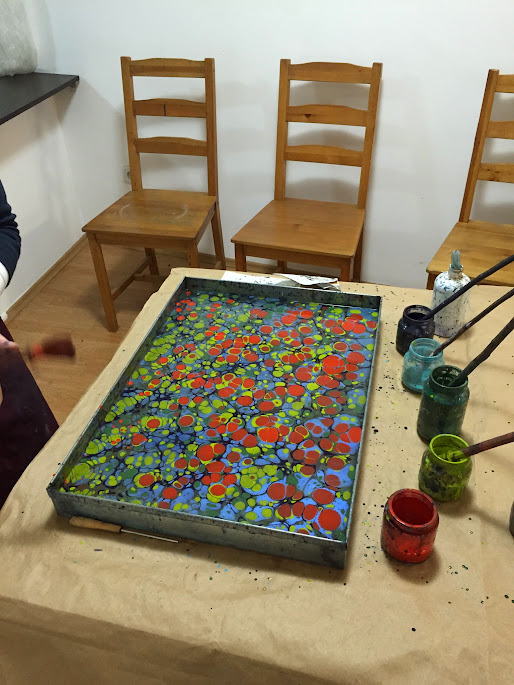 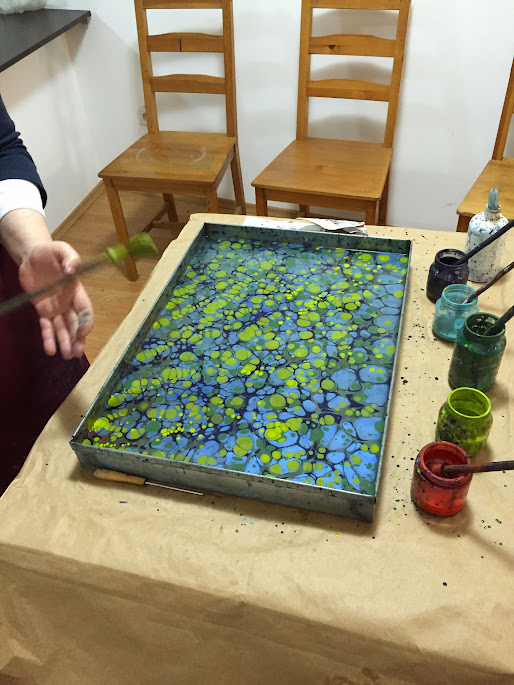 Once a rectangular metal trough is filled with the thickened water, the artist can begin. Using her brush, which is handmade by the artist using rose stems and horse hair (cat hair for the miniatures) Nesime dipped it in her starting color and tapped across the water creating a cloud-like base. She continued this process with all colors until complete. Next, using a series of utensils such a needle and a comb Nesime demonstrated the various techniques. The final step in the creation is laying a piece of paper or whatever material is desired to capture the design, lay it flat and lift it back up. The design will then have been miraculously captured on to the receptacle. Voila! The piece of art is born. 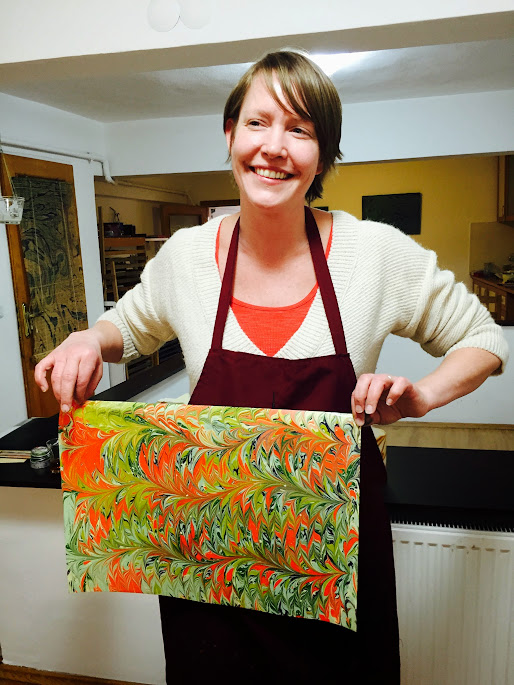 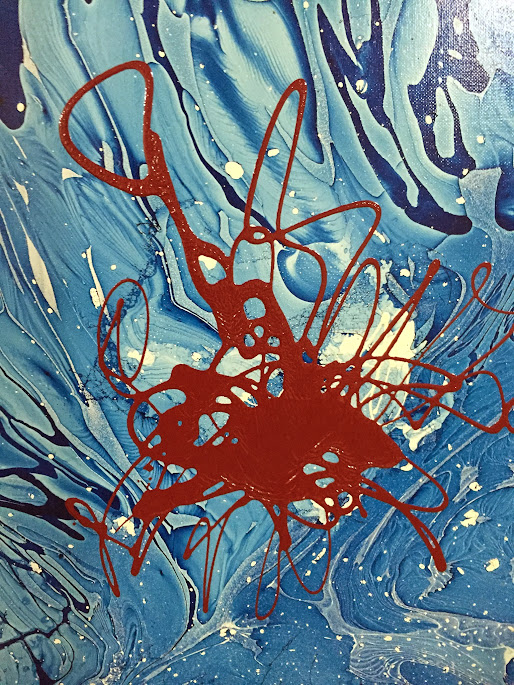 I was then able to create my own piece of ebru which was really enjoyable. Residents or visitors to the area can have the same reward experience to make their own unique pieces. GalatArt hosts small workshops, in order to schedule one simply contact them at their studio. The workshop lasts for 2 hours and during that time at least 3 pieces of ebru will be made per budding artist. The techniques may vary but one sure technique will be to design a flower ebru. The price of the workshop is 100 Turkish Lira. You can also visit the studio to peruse the art which is also for sale. Nesime and Ezgi’s work can also be admired and purchased at Ark of Crafts which is located in the nearby Pera neighborhood. They also have website and ship their products anywhere in the world. 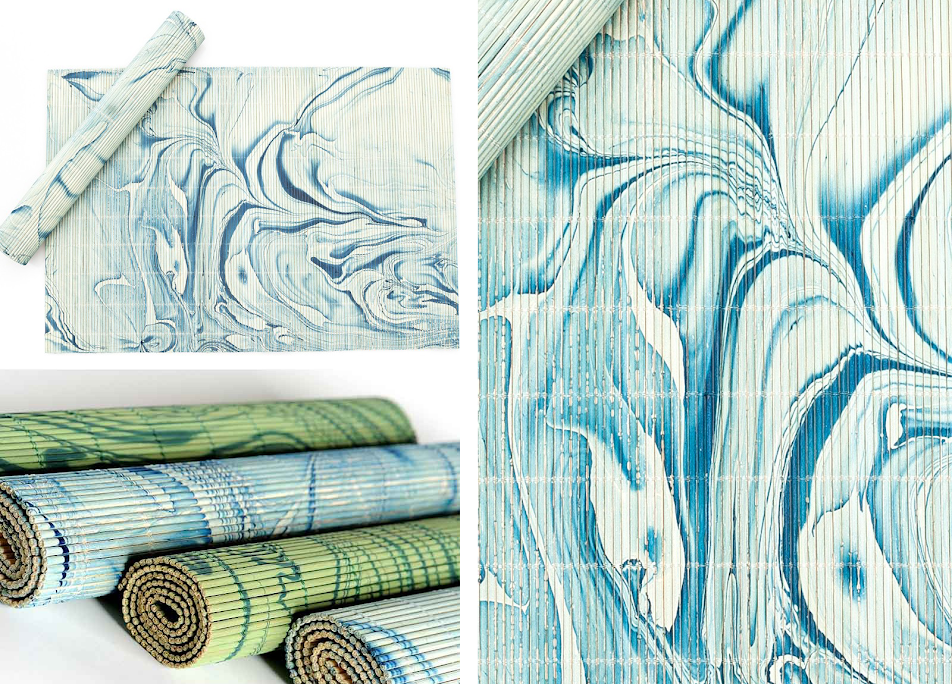