The art form of Oriental Dance in Turkey, or as it is locally known as ‘Oryantal Dans’, is what most refer to as Belly Dancing. This seductive and captivating expression has variations throughout the Middle East, Turkey and Africa and there is much argument as to where it actually originated. For the most part, Turkish Oriental Dance includes an Arabic flair which is noted in the movements of the performer and the music used. Due to the country’s rich history, present-day Oriental dancers also draw inspiration from regional and Romani folk dances as well.

Every Oriental dancer tends to have her or his own interpretation of the music and combination of movements, and Turkish Oriental dancers, in particular, have a dynamic and entrancing interpretation. The performance showcases different high energy movements, which makes for a more lively presentation compared to the other forms of Belly Dancing done in parts of the Middle East. The production has a bit of an unconventional flair with exaggerated movements of the arms and upper body. Most dancers use the veil to accentuate the fluidity of the movements and some traditional dancers may use finger cymbals, as well as other props to add more range. Like it’s counterparts, it too is synchronized to the sound of harmonious percussive and string instruments, like the ‘Darbuka’ and ‘Kanun’. However, these days, performers rarely use a live band, mostly due to the cost of organizing a performance, and it’s becoming a bit of a lost art.

When we hear the term ‘Belly Dance’, almost all of us visualize a beautiful woman in an exotic outfit performing a seductive dance with veils. However, that may not always be the case. Going back to the Ottoman Empire, dancing women were almost never seen in the public sphere. The female Oriental dancers mainly performed in the harem. This is where, many believe, the male Oriental dancer originated. Sultans would be entertained by highly skilled young men who were intensively trained in the art of Oriental Dance. These young men would emulate the mannerisms of their female counterparts incorporating evocative gestures in their sensuous dance routine, many times leaving the audience quite enamored. Today, young men are still performing this Oriental Dance and we have come to know them as the ‘Zenne’ dancers.

Many gay and polysexual clubs around Istanbul feature male Oriental Dance performances on the weekend. Wearing layers of beautiful chiffon in bright colors (most often though you’ll find the Zenne dancer in red) the dancer uses this light and airy fabric to highlight his fluid movements. However, some dancers may prefer to wear chiffon pants instead, as it provides for a more easy transition between movements. 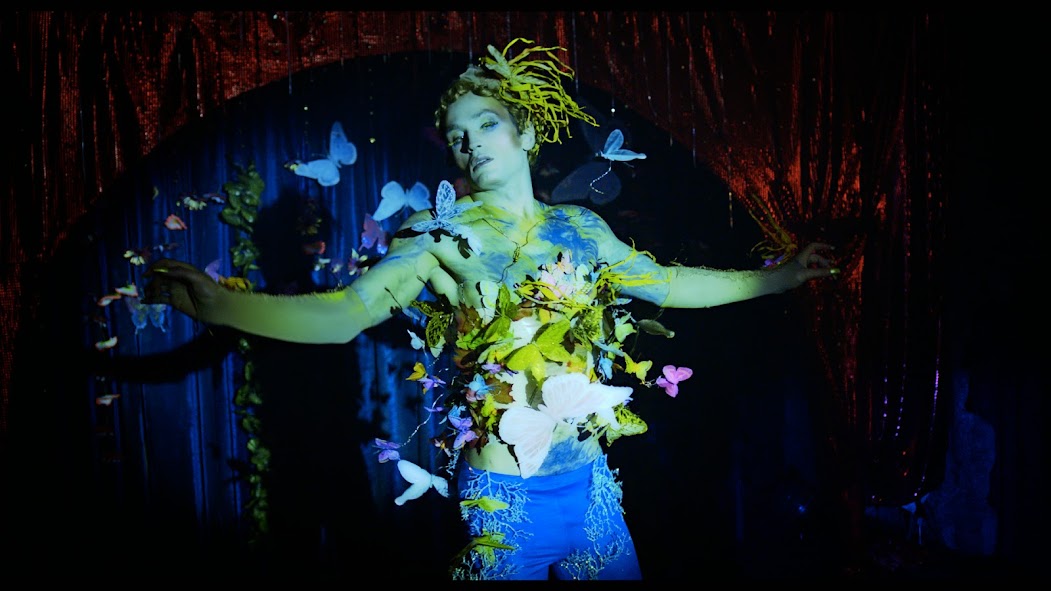 Nearly all the costumes are beautifully elaborate with gold or silver thread embroidered in paisley and flower motifs dotted with crystals and beads that catch the light and reflect it off with each shake and swing. Around the hips, a Zenne dancer will typically wear a belt with more beadwork, beaded fringes and sometimes small metal medallions that make a light jingling sound which comes at you in waves as the dancer shimmies by. The percussive music determines the rhythm of hip drops, lifts and twists, and the Zenne dancer arranges them into a mesmerizing, and sometimes hyper-feminized, performance.

Whether you happen to catch a show in a bar, restaurant or club, the Zenne dancer is there to perform and it can be quite a show. The choreographed routine requires a lot of hard work and talent, and the Oriental Dance itself is quite beautiful and unique to watch. With so many elements of Turkish culture and tradition to explore, this is one I recommend you check out.

Also, you should check out the movie, "Zenne Dancer". Here is the plot summary, and the trailer for it:

A feature film about an unusual trio: Daniel, a German photo-journalist in Istanbul without much knowledge about Turkish values. Can, a flamboyant, out and proud male belly dancer with lots of love and support from his family, and Ahmet born to an eastern and conservative family whose quest for honesty and liberty results in a tragic end. ZENNE Dancer is inspired by true stories.

Wanderer and a hopeless optimist. "Twenty years from now you will be more disappointed by the things that you didn’t do than by the ones you did do. So throw off the bowlines. Catch the trade winds in your sails. Explore. Dream. Discover" – Mark Twain.