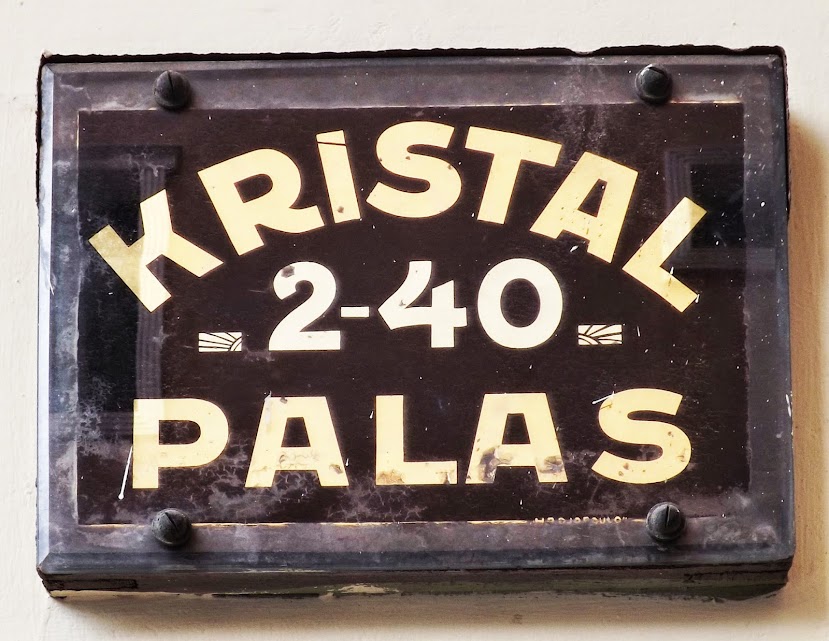 Turkish alphabet is a very young one. Introduced in 1928, it’s not even 100 years old yet. It is derived from Latin alphabet and has the additional letters Ç, Ğ, I, İ, Ö, Ş, and Ü while the letters Q, W and X have been taken out.

Originally from Ankara, I moved to London in 2007 to do a masters in graphic design, and have been working using only the English language until last year. A London agency had a project doing the interior redesign for a Turkish supermarket chain, and they employed me as a Turkish eye to check if everything was culturally appropriate, and as a graphic designer. That was the first time that I experienced first hand how hard it is to find fonts that already have Turkish characters in them, and also the lack of Turkish graphic design history documentation, especially on typography. I wanted to present old Turkish hand-painted signs as my inspiration to my colleagues, but couldn’t find much online, just a few photos and two interviews with painters. I knew that there were many more signs that still decorated the streets of Turkey.

I couldn’t believe no one had researched and documented these before, at least not in a way that I could access. On my next trip to Istanbul, I took photos of the hand painted signs that I saw around, mostly residential building names and a few commercial ones too. Towards the end of 2013, I started spending more time in Istanbul and had to opportunity to photograph more and more signs. I thought a blog would be a good way to organise and share these photos, so I started Sign Painting in Turkey.

My archive of photos were only from Istanbul in the beginning. With lots of traveling and submissions from others, I added photos from other cities too, but most of the archive is still made up of Istanbul photos. I’m sure there are areas in Istanbul full of old signs that I have yet to discover, but they seem to be concentrated in the neighbourhoods that traditionally have more non-muslim population such as Cihangir, Moda and Bomonti. You can also see this reflected in the names chosen for buildings.

I find it amazing that there were sign painters who were much better typographers than a lot of designers that work at advertising agencies are today. They didn’t have computers, didn’t go to school or have books to learn what they do. The art was taught by master to apprentice. They weren’t using digital fonts, they had to create their own styles, maybe even a new one for each sign. This also made it easier for them to deal with this very young alphabet, not making common mistakes like using i instead of ı because the font doesn’t have Turkish characters.

If you think that these signs are beautiful like I do, I definitely recommend you to go for a walk in any of these neighbourhoods, see the precious work of sign painters decorating the buildings and giving the streets their unique identity, before they get replaced by a cheap vinyl version. If you end up taking photos, you can share them using #signpaintinginturkey.

And if you’re really interested, keep an eye out for the book I’m working on with researcher and artist Mehmet Kösemen, about residential building signs of Istanbul.