Imagine tailgating, but instead of football you watch titanically sized mammals fighting for the attention of a mate - or their owner's honor. You should definitely try and go. Camel wrestling festivals occur throughout the winter months in various towns in Turkey. The most famous is in Selcuk, near the ruins of Ephesus. The festival goes on for two days. On the first day, there's no fighting, but rather a beauty pageant (yes). The camels, outfitted in sequined and tasseled covers, are paraded through town, and a child gets to pick the winner. 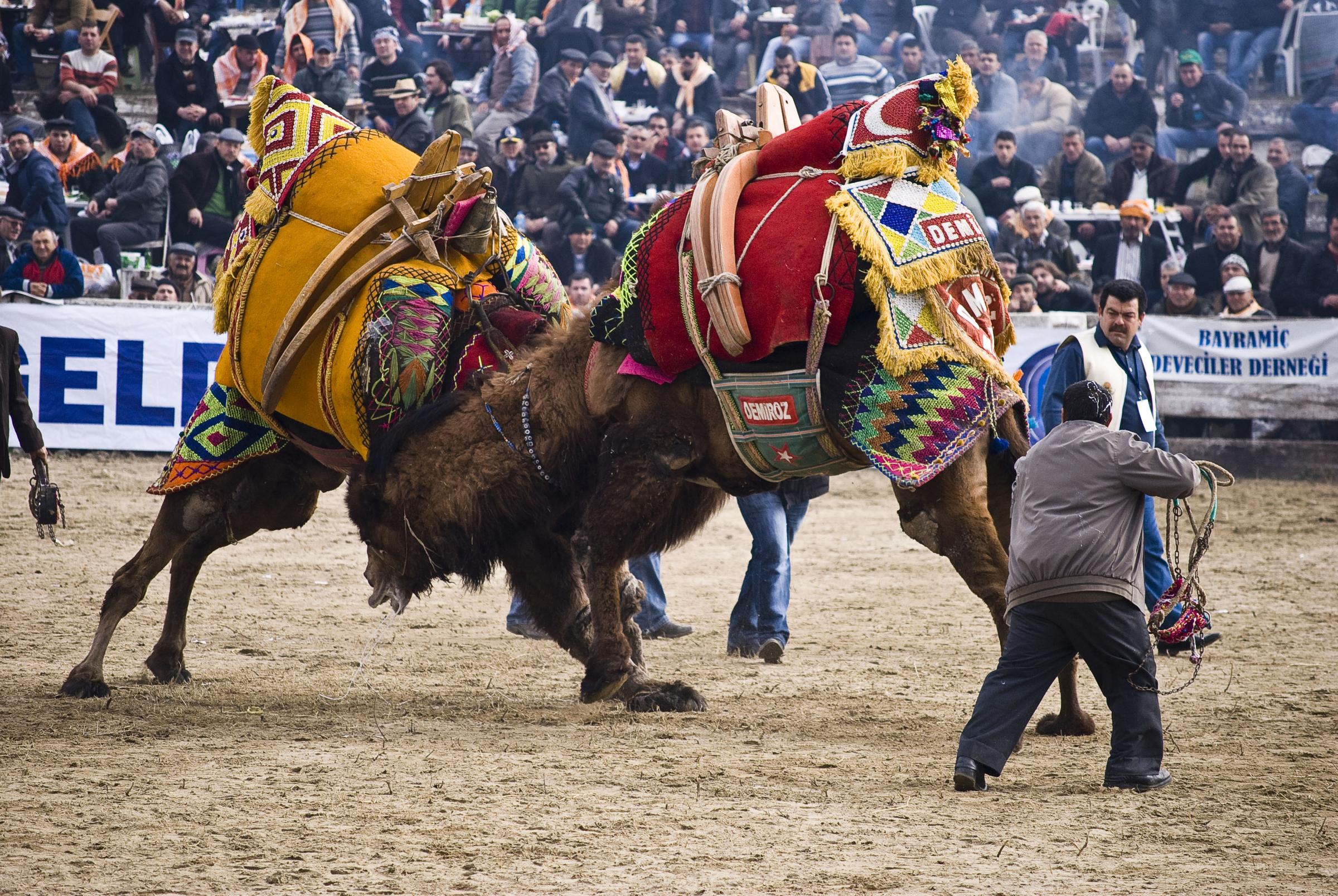 The second day consists of fights in an arena bordered by a hill (where you sit) and a hump of unexcavated ruins. Fights go on all day, with the most famous camels fighting in the late afternoon. Try and find someone who speaks English who can explain the backstory behind the famous ones. Throughout both days there is abundant smoked camel meat for sale. People bring their own plastic tables, chairs, or picnic blankets. Raki (aniseed-flavored liquor, the national drink of Turkey - more on that here) is always available. People dance to the music of roving clarinetists and drummers. In true Turkish style, you'll be invited to join any group of people,and they'll share their food with you (it might be nice to bring something to contribute as well).