“Among all the other contemporary art destinations, Istanbul is so different. I began feeling it when I get off from the airport immediately. The city offers a wide range of choices scattered around and it attracts you in one way or the other. Just like the city, the experience of this ArtInternational is exhausting but full of interesting things.” 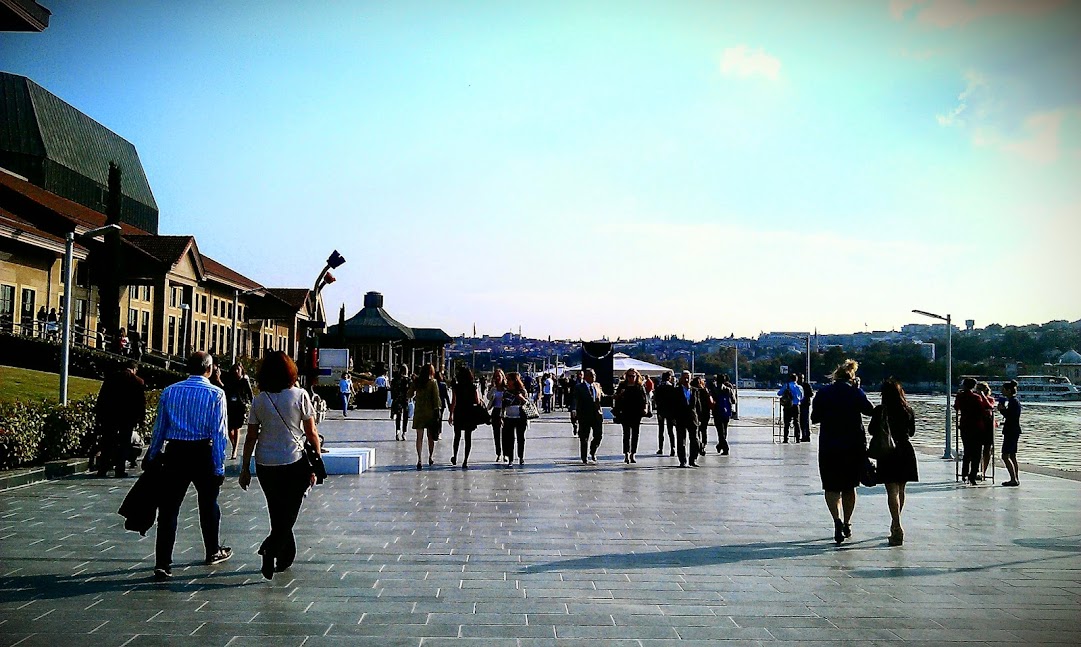 Sitting by the sea in front of Haliç Congress Center during the VIP Preview of Art International Fair 2014, I was exhausted and amazed by huge collections of art works; I heard that an old lady was telling to a young man about how she feels in Istanbul. After they had expressed their mutual feelings about the vibrant atmosphere of the city, the business identities and their interests took over the conversation, so I lost my enthusiasm. I kept enjoying my drink looking at the quiet scene of Eyüp and I thought that I did not give any chance to this Congress Center, which I had seen it only from outside up to now. The building offers spacious and easily convertible areas fulfilling the demand from an exhibition center and it is situated in this quietly beautiful spot in the Golden Horn (less disturbing when you do not need to see the building itself). After reading about the Fair and listening hot debates between gallery owners and clients I was convinced that ArtInternational has found its audience with a high quality organization and prestigious fame in the global art market in its second year. The faces were full of excitement and as Fair Founder, Sandy Angus says that one should be ready to find new love in the art. My journey began among exciting works of artists taking my whole attention for hours until my feet started hurting. Moreover it is a perfect location to sit by the sea with booze and food and to engage in interesting conversations with the crowd. 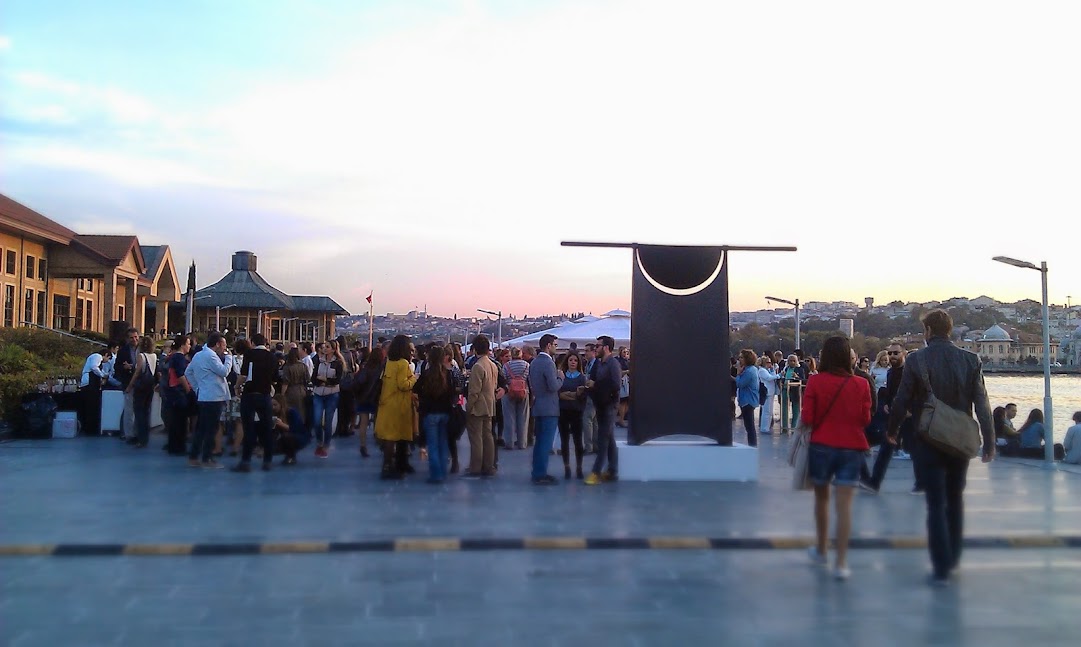 Politically aggressive works, sarcastically critical thoughts and fun objects of artists chosen by galleries reflect the global trends in general and create a dynamic arena for the contemporary art market. During the VIP preview, the audiences of these works were an established group of collectors and clients who were asking the prices of each object. As an illiterate person about contemporary art, I have a tendency to think that these works are there for me to question meanings, explore new ideas and challenge the way I see the world in its most basic terms. In another words, even though it is designed to be a business platform for art market, there is much to explore in these creative collections. For people like me, there is an interesting section of ArtInternational 2014, ‘Alternatives’ which is curated by artist Merve Ünsal and curator Özge Ersoy. This section discusses and produces its own questions about art in Turkey among the commercial galleries. In addition, there will also be a set of talks, performances and video screenings for 3 days starting from September 26 Friday. 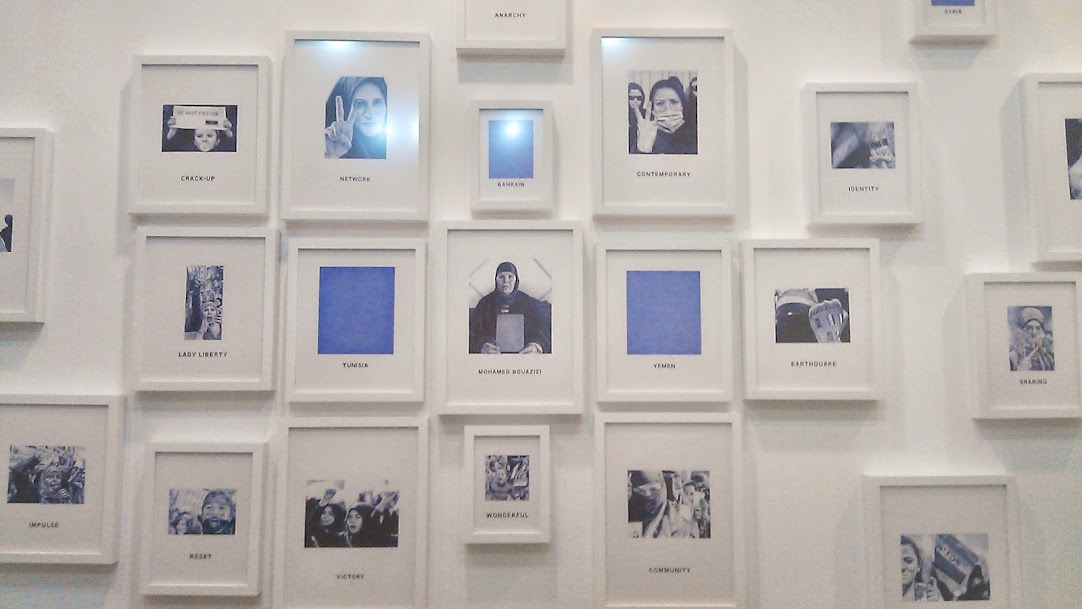 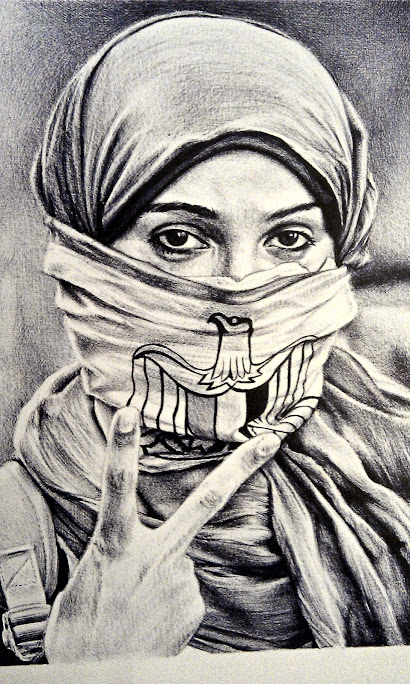 One of the works that strikes me the most was a collection of 25 drawings by an activists-artist Giuseppe Stampone. Through the faces of women and children re-produced from photos by Bic ball-point pen, he expresses his own powerful way of protesting corruption and violence and of presenting another face of of the Arab Spring uprisings. Burak Delier’s photos were similarly powerful images, which enable to question the symbolic roles of women and to show different ways of protest. 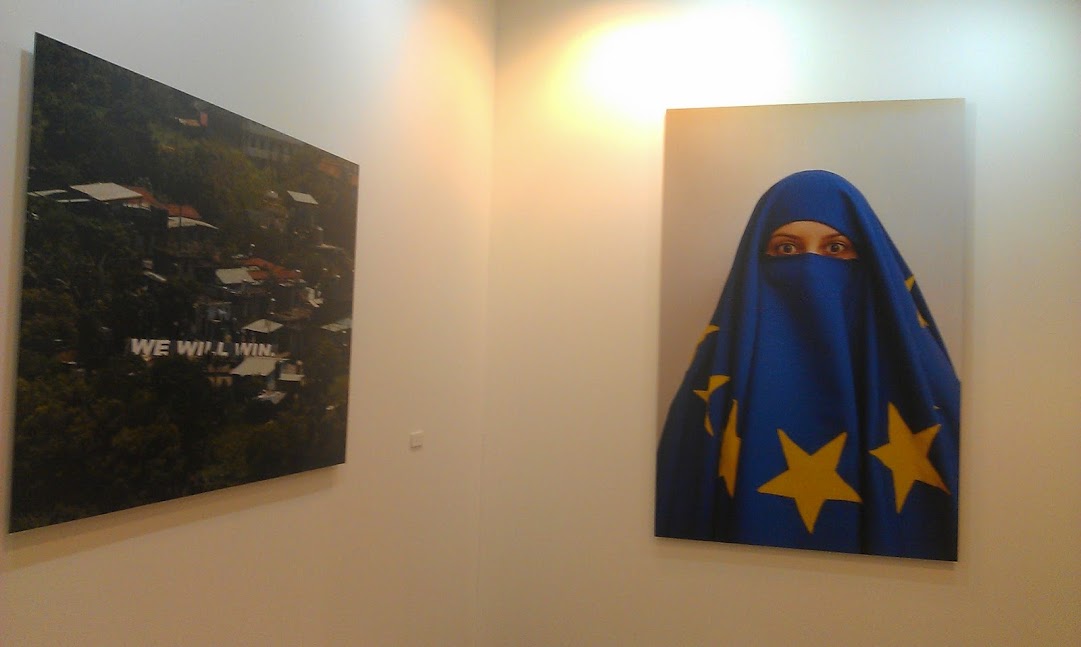 ‘Voyage’ made by two fans and a magnetic tape is a work of Zilvinas Kempinas who created a lively installation. Another fun object to look was made by blue straws giving impact of sponge with its deep ocean-inspired color. Video loop technique used for showing Narcissus looking at his reflection is another piece of exciting works, which can all and more be seen in ArtInternational Fair 2014. 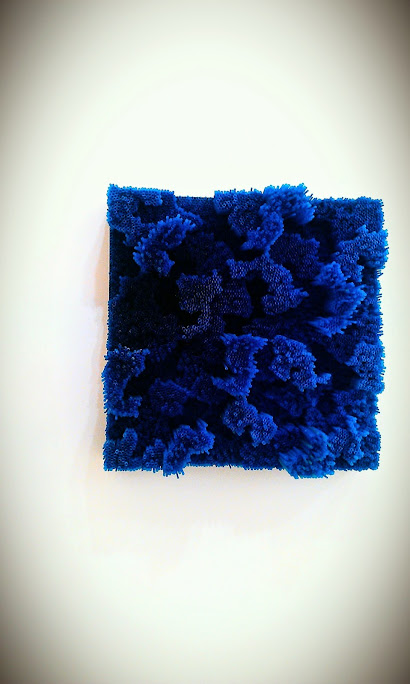 An archeologist by heart. Istanbul lover. A world traveler.