A Different Way of Life in İstanbul: Meet the Çarşamba Neighborhood in Fatih

Without a doubt most visitors to our fine city will allocate a day to spend in Fatih. The “old city” as it is known, home to The Blue Mosque and The Grand Bazaar, The Cistern and many other must see sights tucked within the ancient ruins of the city walls. What many guests don’t realize, is just a short distance away, in the same Fatih district is a neighborhood which offers a peek into a very different way of life.

Istanbul’s most religiously conservative area is nestled into the old city, in a neighborhood which reaches back to the times of Constantine. Its name is Çarşamba. Which translates to Wednesday in Turkish.  It is also an homage to the many settlers from the Black Sea city of Samsun (also with a Çarşamba district) who relocated to Fatih after the fall of Constantinople.

But most people know it for the Çarşamba Pazar, the largest open air market in Istanbul, It is held every Wednesday, dawn to dusk and it covers 17 city blocks. Visitors can observe and participate in the chaos. Sellers shouting and hawking their wares, covered ladies in their black chador, throwing elbows to get through the crowd. It should not be missed. I lived in Çarşamba my first year in Istanbul and it was an education. Those women don’t mess around.

Aside from the bazaar the Fatih Camii (or Fatih Mosque) should be a stop on any architecture enthusiasts list, or even people who like to see beautiful things. The majority of this mosque was actually rebuilt in 1771 after an earthquake destroyed much of the original. Its Baroque design is mixed with various components which date all the way back to 1463! This is also where the great conqueror Fatih Sultan Mehmet, who is responsible for the fall of the Byzantine Empire, is buried. 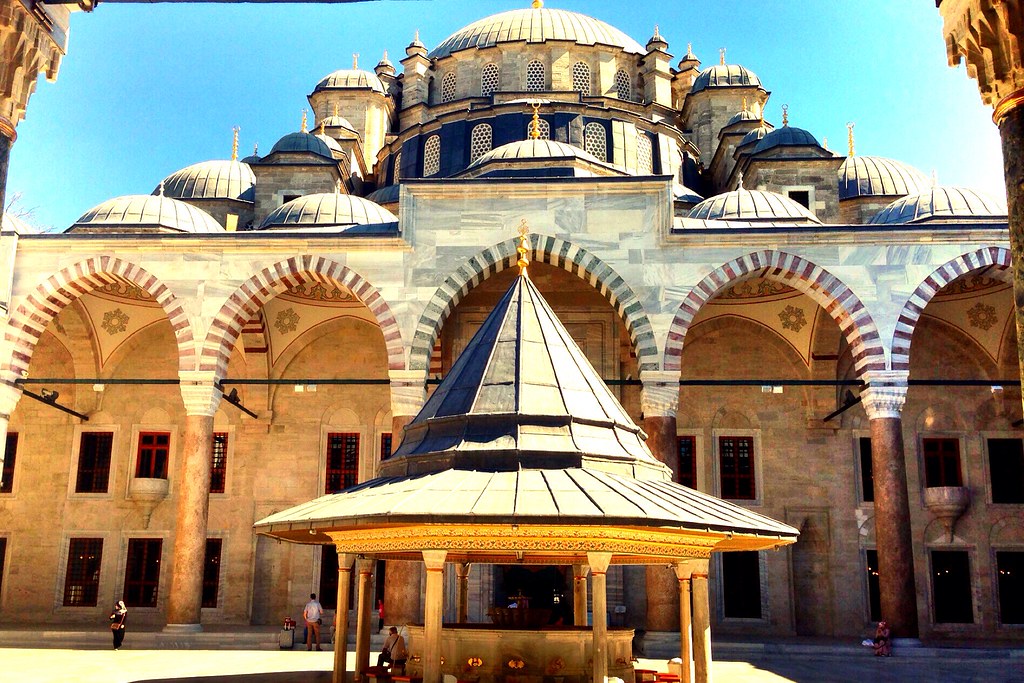 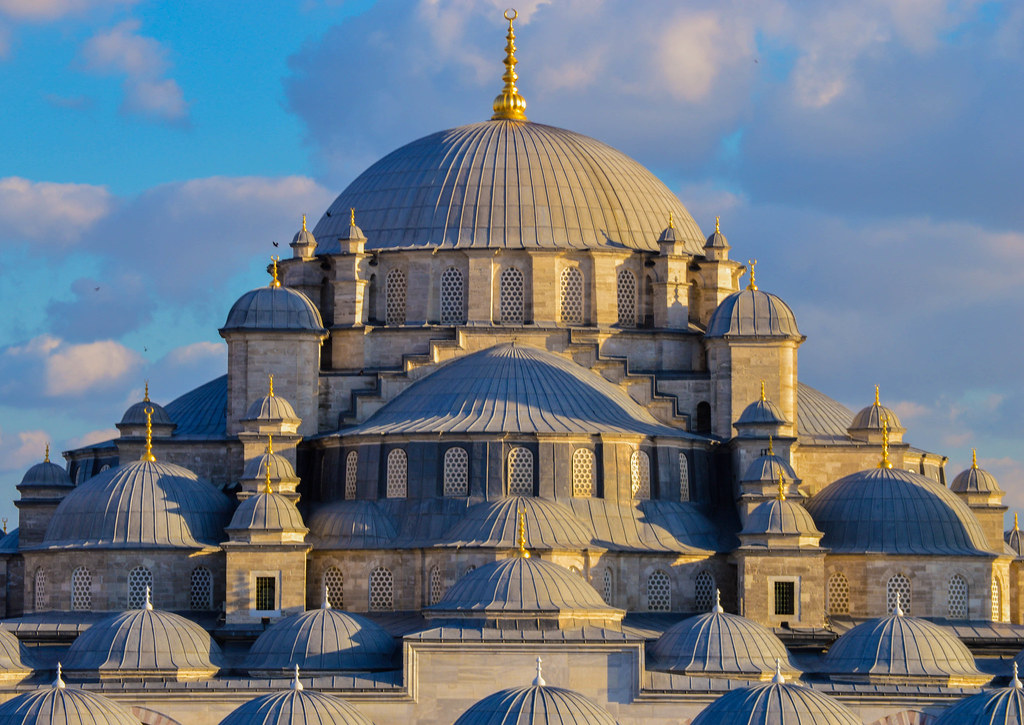 I can’t recommend more strongly to plan your visit with one of the five daily ‘ezan’ or calls to prayer. I have been told that Çarşamba has the most mosques per square meter in the city. I believe this to be true. When I lived there my favorite part of the day was dawn, when the call began and each surrounding mosque’s call resonated out of the silence of the morning. Truly peaceful. Living in a secular neighborhood now, I miss it.

Lastly, on your tour of Çarşamba, check out the Ottoman architecture; the old wooden homes built in the early to late 1900’s. These homes have been listed on the UNESCO world heritage list. And while they are for the most part in a shocking state of disrepair, the feeling one gets, gazing upon so much history and beautiful decay, it cannot be compared. The city is making an effort to restore these homes, but it has been slow going. They are a crucial part of Istanbul's history. 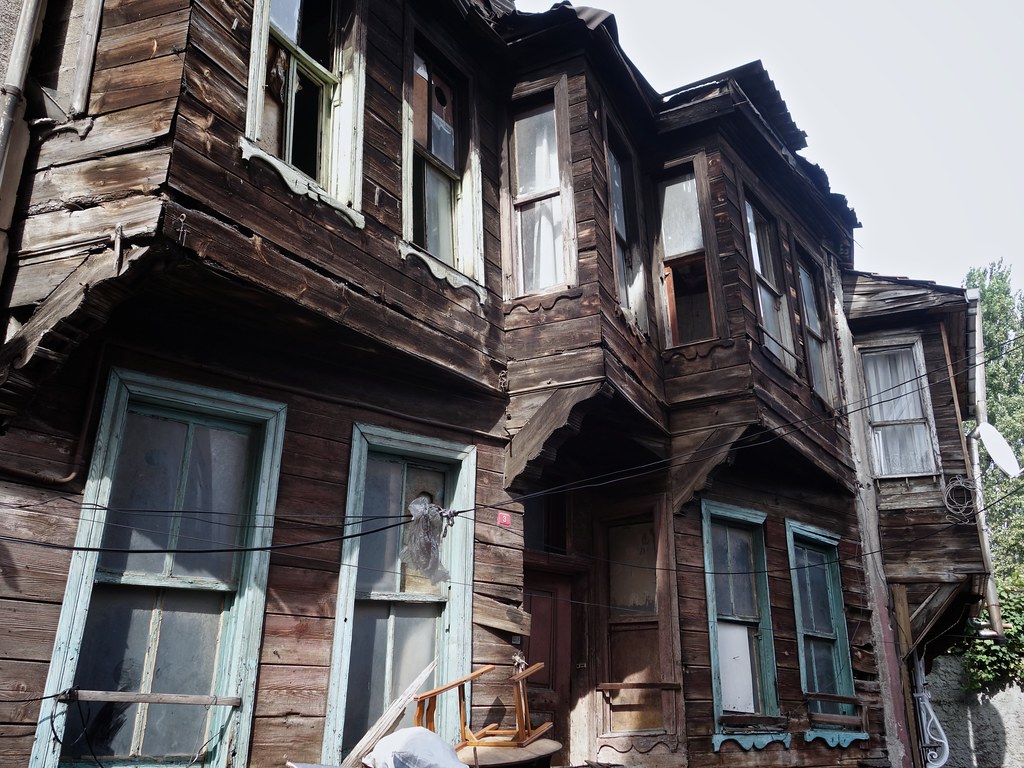 The homes were built using wood due to both easy access to timber as well as their ability to be resilient against earthquakes. However, due to close quarters and flammability, many of these homes, vast swaths in fact were lost to fire over the years. The ones which still remain are often occupied by transients and not in good shape. But they are lovely. I can recommend specifically the Zeyrek area in Fatih (steps from Çarşamba) where a restoration focus has been targeted. I have my own dreams to own a specific Konak style home which I walked by 100 times with an ancient garden and a crumbling facade. These homes are picture worthy.

Çarşamba is a beautiful neighborhood with ancient architecture and a very different way of life. Visitors to the area should understand this and dress accordingly. Out of respect for the inhabitants bare shoulders and legs would be frowned upon. The streets are winding and small and can be confusing, so a map is always handy. And, while by all opinions and reports, Istanbul is a very safe city, I would not recommend touring after dark. By all means, go forth and explore this rarely seen part of Fatih, which has so much to offer. 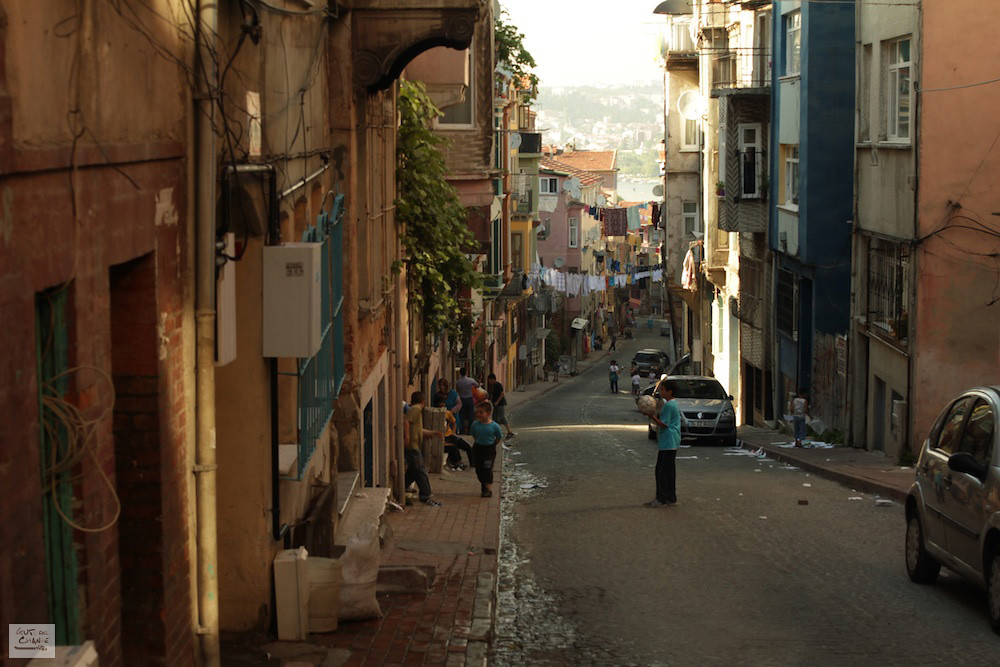 This article was originally published on Circle Istanbul, then re-posted on Atdaa with author's permission.